Pacific yew varies in size from a shrub to small-sized (<20m tall) evergreen gymnosperm, with an irregular crown, long branches, twisted and fluted stem, and scaly bark at maturity. The wood is hard and heavy, and resistant to decay. The bark was used in cancer research as it yields the taxol, a key component of cancer-fighting drug, tamoxifen. Demand for yew bark increased dramatically until it was possible to synthesize taxol chemically.

Pacific yew was originally classified as a variety of European yew — Taxus baccata. Where different species of yew grow near each other, interspecific hybrids frequently occur, lending support to the view that there is but one species of the seven currently recognized Taxus species.

Although not a timber species, Pacific yew has several special uses — the most important one for medicinal purposes. It would be feasible to grow Pacific yew for bark production under intensive silviculture management on suitable sites. More detailed silvics information is given by: 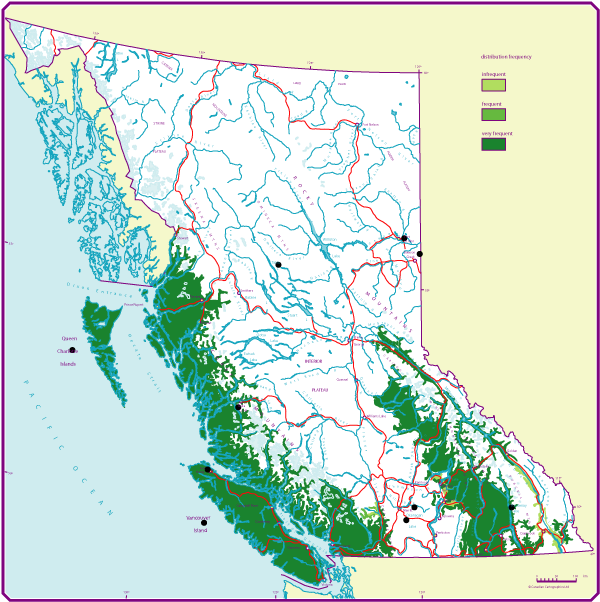 This is the range of the Western (Pacific) yew.

This is the general shape and outline of the Western (Pacific) yew. 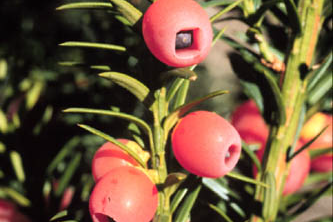 The red, fleshy, edible, structure partially surrounding the very poisonous seed of the Pacfic yew is the aril.