Distribution in Western North America:
north and central in the Cordilleran region

Alaska birch, a wetland species, is shallow-rooted without a taproot. Roots are associated with ecto- and endo-mycorrhizae.

Alaska birch grows scattered with other species in ombotrophic, poorly drained sites and wetlands, especially with black spruce. It is present in early seral, mid-seral, and even in late seral stages (on wet sites) of secondary succession. As a moderately shade-tolerant tree, Alaska birch maintains its presence as a variable component of open-canopy edaphic climax communities in ombotrophic wetlands.

Alaska birch is not considered a timber crop species, however, it is a useful component of wetland subarctic and boreal ecosystems. 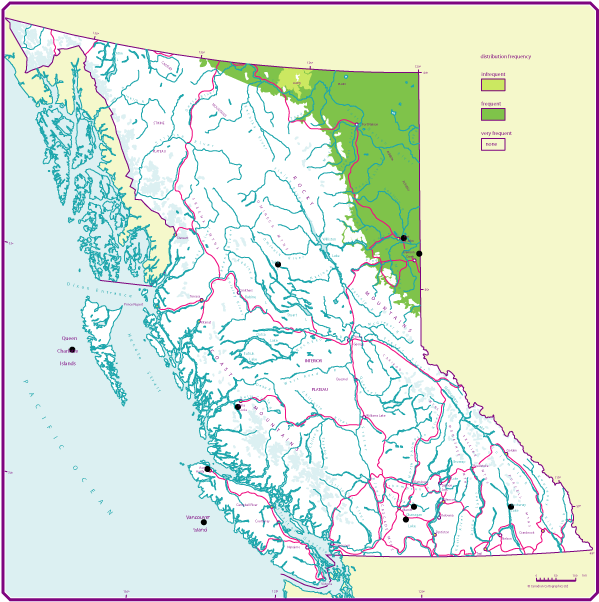 This is the range of the Alaska birch.

This is the general shape and outline of the Alaska birch.