Cascara sagrada is an erect tall shrub, less often a small-sized (<15m tall), deciduous broad-leaved tree, at maturity with a narrow crown, slender stem, ascending branches, and smooth, dark grayish-brown, scaly bark. Cascara sagrada is not grown for timber production, but was grown for its bark, which contains a laxative of the same name. This use is reviving to some extent.

Cascara sagrada has a shallow root system with many lateral branches.

In British Columbia, cascara sagrada grows very scattered on disturbed sites in early and intermediate stages of secondary succession, usually in the understory of softwoods or hardwoods. On wet sites, it may be present in late seral stages.

The largest cascara sagrada are found on very moist or wet and nitrogen-rich, coastal sites. The tea or syrup obtained from boiling the bark of cascara sagrada has been proved to be an effective laxative. The plant was also used by First Nations people as a medicine for washing sores and swellings and treating heart strain, internal strain, and biliousness. 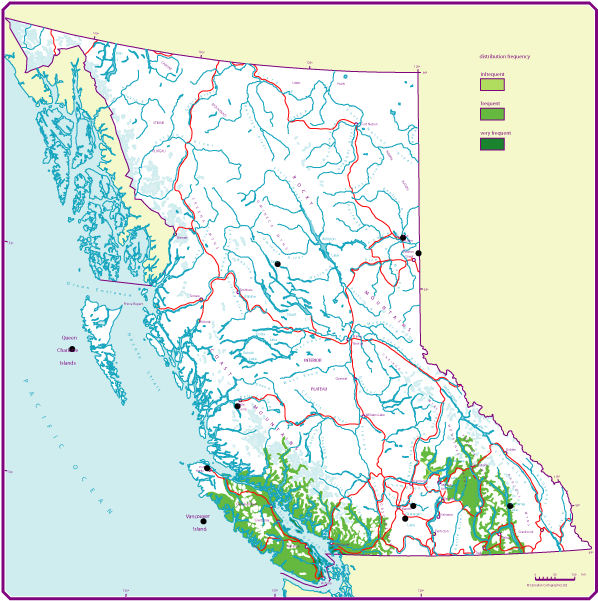 This is the range of the Cascara sagrada.

This is the general shape and outline of the Cascara sagrada. 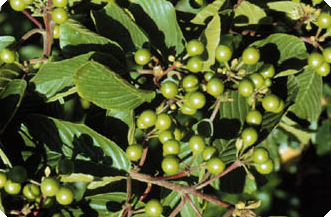 The leaves of cascara sagrada are very prominently veined and the fruit is black in colour when mature.