Food grown on any field may be contaminated by flooding, past land uses, the surrounding environment or trespassers. 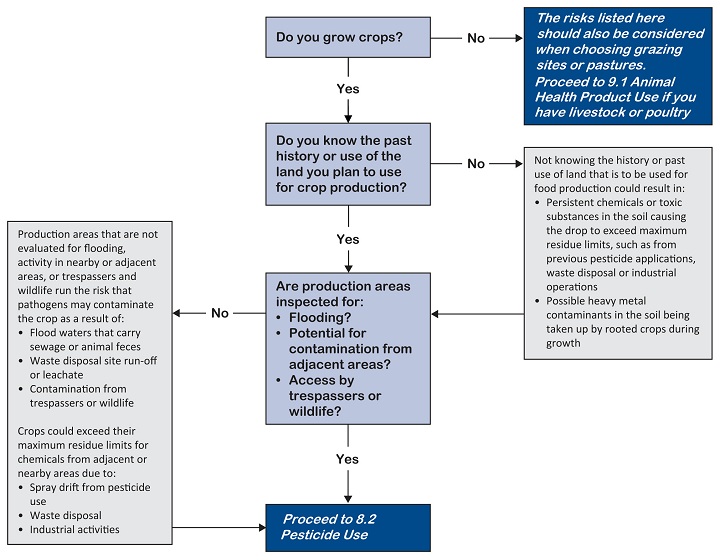 This good agricultural practice applies to all farms growing crops.

What Needs to Be Done

Do not carry out production in fields or orchards where conditions may lead to a hazard unless the site is managed to minimize the risk.

How to Do It

Contamination Due to Flooding

Contamination Due to Past Land Use

Contamination Due to Surrounding Environment

Contamination Due to Trespassers

If You Need an Audit

Be prepared for the auditor to:

There are few laws that directly or indirectly relate to food safety specifically regulating the soil and environment for agricultural production. The prohibitions in law are generally against selling food with unacceptable residues or contaminants, rather than prohibiting certain levels in the soils themselves. Due diligence should influence management decisions where there is any reason to be concerned that contaminants may exist in the soil.