Canada and British Columbia launched the New Building Canada Fund – Small Communities Fund (NBCF-SCF) Program in October 2014. Since then, the fund has approved infrastructure projects in 81 communities throughout British Columbia.  These projects are valued at over $310 million dollars

Under the NBCF-SCF program, the provincial and the federal governments will each allocate approximately $109 million to support infrastructure projects in communities with a population of less than 100,000 people. This 10 year funding program runs from 2014 to 2024.

NBCF-SCF funding provides communities with support in addressing their infrastructure needs and will operate concurrently with Gas Tax Funding.

The provincial and federal governments continue to provide dedicated funding for small communities, building on the successful practices established under the 2007 Building Canada Fund-Communities Component and the Infrastructure Stimulus Fund. 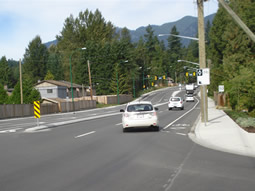