The Lakes District Land and Resource Management Plan (LRMP) provides broad direction for the sustainable use of Crown land and resources in the most eastern extent of the Skeena Region in northwestern B.C.

The planning process began in 1994 and ended in 2000 when a final plan was approved for the entire Lakes timber supply area (formerly part of the Lakes District).

A higher level plan order in 2000 legally established some of the resource management zones and objectives from the Lakes District LRMP. Although Objectives 1 - 5 and 7 were cancelled in 2009 and replaced, Objective 6 regarding management of the Lindquist and Chikamin mineral/wildlife management zone, is still in effect.

In addition, changes were made to the visual quality objectives for scenic areas in the Lakes District LRMP to ensure that the visual impacts of harvesting are better managed. 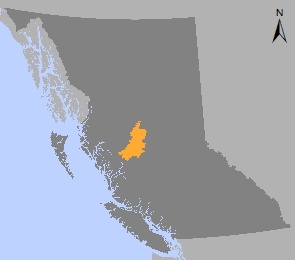 Contact us if you have questions about land and resource management planning in the Nadina District area.