The Lakes North SRMP includes seven objectives to retain a diversity of forest habitats over the landscape. However, only Objectives 1-4 were legally established by a ministerial order on January 26, 2009.

The plan also provides targets and strategies for management within resource management zones established in the Higher Level Plan Order for RMZs in Lakes District - 2000 and replaces objectives 1 - 5 and 7 in that order. Objective 6 in the order is still in effect but is outside the Lakes North SRMP area.

In 2016, amendments were made to the location of old growth management areas to better operationalize their boundaries. Then on March 16, 2017, Objective 4 regarding the landscape connectivity matrix was amended since a portion of the objective was only in force until January 2016. However, no changes were made to the landscape connectivity matrix map. 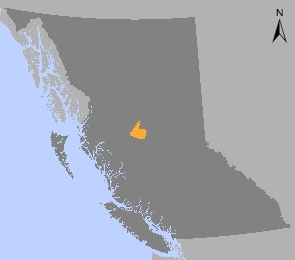 Contact us if you have questions about sustainable resource management in the Lakes North area.