The Bulkley Land and Resource Management Plan (LRMP) was approved in 1998. It directs the management of 760,000 hectares of Crown land in northwestern B.C. and reflects the direction established by the Bulkley Valley Community Resources Board and a team of government representatives in consultation with First Nations and local government.

The direction was developed around the central concepts of biodiversity and sustainability, with the intent to provide management direction that would ensure the health of the communities, the resources and all natural systems within the area.

In addition to biodiversity, a number of other values were assessed, including those for timber, fisheries, water quality, wildlife, agriculture, range, outdoor recreation, tourism, and subsurface resources.

Some objectives for the Bulkley LRMP were legally established in 2000 through the Bulkley LRMP Higher Level Plan Order Establishing RMZ and RMZ Objectives. The objectives in Appendix 1 were cancelled in 2006, but the remaining objectives in Appendices 2-4 are still in effect. Additional objectives were legally established through the Order Establishing Land Use Objective: Bulkley TSA - 2006 and can be found in the Bulkley Valley LRMP Objectives Set by Government - 2006. Note that effective August 15, 2019, an Ungulate Winter Range (UWR) Order 6-007 replaced objective 2.3 for mountain goats.

A recreational access management plan was first completed for the Bulkley Timber Supply Area, formerly known as Bulkley Land and Resource Management Plan, in 1997. It was replaced in 2006, and an update was made in 2013 for summer recreation only. 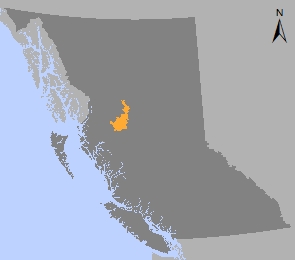 Contact us if you have questions about land and resource management in the Bulkley area.