The Vancouver Island Marmot is only found on Vancouver Island and one of the world's most endangered mammals. Thanks to amazing teamwork, the wild population has been increasing in recent years. At its lowest point in 2003, fewer than 30 marmots remained in the wild, but as of 2021, numbers have increased to over 200.

The Vancouver Island Marmot lives in subalpine meadows. It feeds on small plants during the spring and summer and will raise 1 to 6 pups every other year. Amazingly, the marmot will hibernate for 7 months of the year, one of only a few mammals that hibernate for longer than they are awake. Currently, there are marmots in 20-30 mountain meadows on Vancouver Island.

Marmot work is led by a partnership that includes:

As populations of Vancouver Island Marmots are found west of Nanaimo within private forest lands managed by Mosaic Forests, its member companies have been key in supporting the marmot recovery. This is done by making significant annual financial contributions for research and management, as well as altering logging schedules in marmot habitat on Mt. Washington and in other areas.

Another key partner, Mount Washington Alpine Resort, has also donated land for the Foundation’s Tony Barrett Mount Washington Marmot Recovery Center and supports the maintenance of the Centre and the surrounding area. Also, the resort has been working with the Marmot Recovery Foundation to maintain marmot-friendly ski runs and avoid development in areas that would negatively affect the marmots.

Because of the marmot’s small population size, many colonies are vulnerable to small natural weather and predation variations. To help the population grow, pups born through the captive breeding program at the Calgary and Toronto Zoos and the Tony Barrett Centre are released into the wild by the Marmot Recovery Foundation. Since 2003, over 500 captive-bred marmots have been released into the wild, and this has re-introduced the species to parts of its historic range in Strathcona Provincial Park and the Nanaimo Lakes area.

Additionally, any marmot found in unsuitable habitat is re-located to a colony where they have the potential to find a mate. An additional 21 marmots were moved in 2019 to 2020.

The Future for Marmots

While much of the Vancouver Island Marmot’s habitat is in good condition, tree in-growth is becoming a greater concern at many sites; a side effect of climate-change-induced milder winters. This ‘tree-creep’ replaces the open meadow habitat with young forest ecosystems. Marmots are more likely to be eaten by predators that can hide among the small trees. The Nature Trust of BC has restored marmot habitat through tree clearing at Green Mountain. The Marmot Recovery Foundation has conducted similar work at several other colonies on private land. Supplementary food is provided at some of the colonies in the spring, as extra feeding may improve wild marmots' reproductive success.

The Marmot Recovery Foundation monitors the wild population through radio-telemetry, wildlife cameras, and visual surveys. The information gathered as a part of this monitoring is used to guide recovery efforts. Marmot sightings from the public are welcome and can provide valuable information, especially on marmots outside their normal habitat. Anyone seeing a marmot on Vancouver Island is encouraged to report their observation to the Marmot Recovery Foundation. 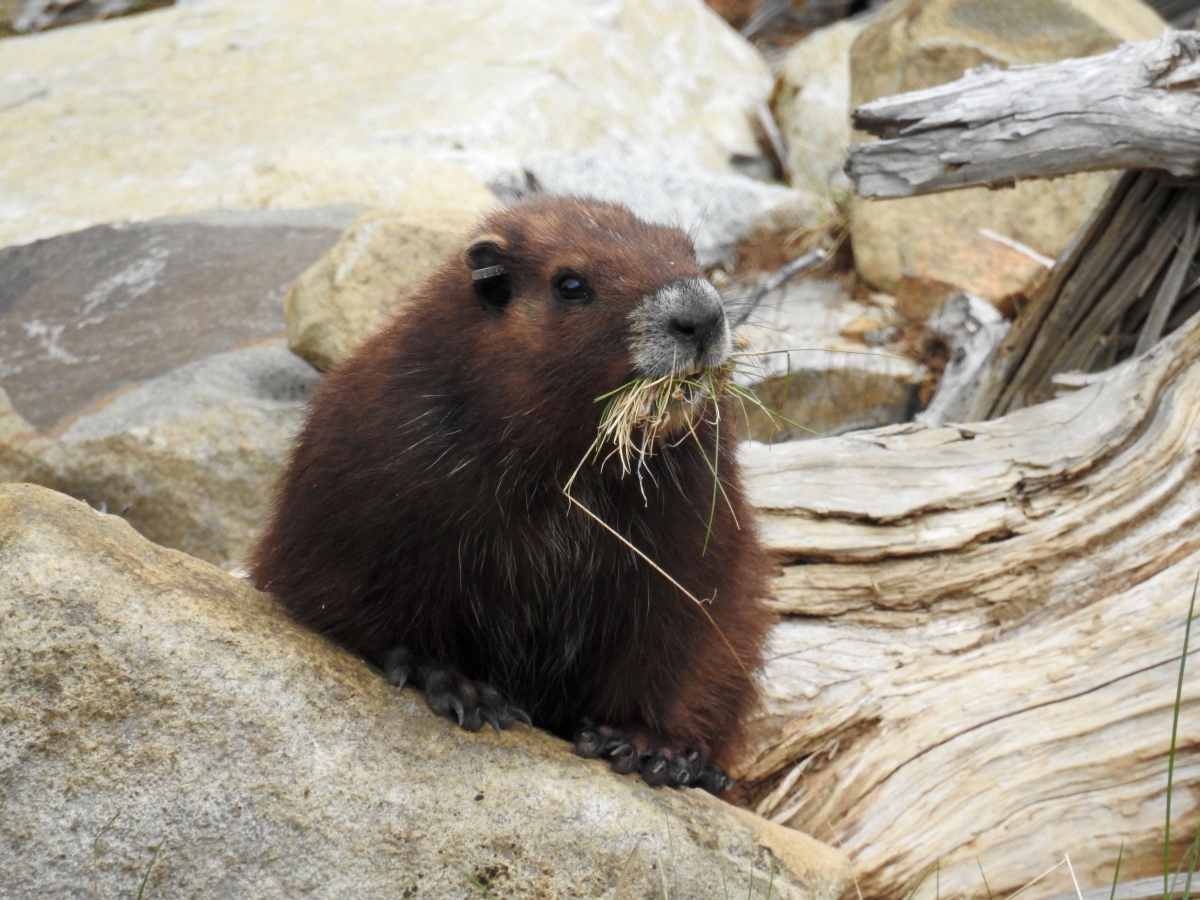 Image of the Vancouver Island Marmot

Vancouver Island Marmots are provincially designated as endangered (Schedule E), under the Designation and Exemption Regulation of the Wildlife Act (S.26(a)) and thus are legally protected from being killed or harassed.