Established on April 21, 1989, the Order of British Columbia represents the highest form of recognition the Province can extend to its citizens. Since its inception, British Columbians have been appointed to the Order from all regions of the province, and in numbers generally proportionate to a region's population.

Each year, honourees are selected from hundreds of nominations submitted by people across the province and around the world.

Members of the council include: 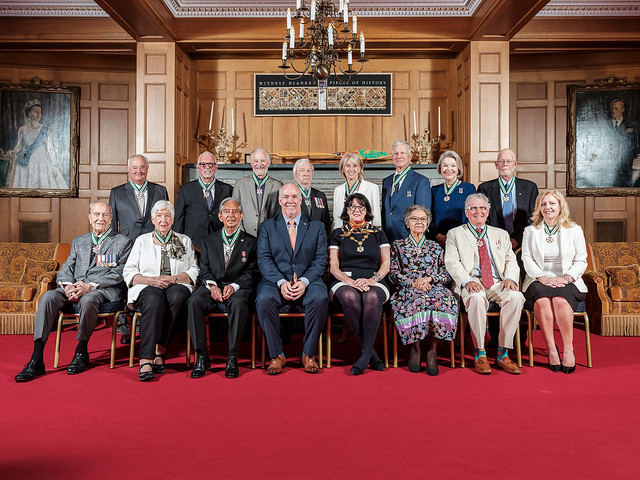 Order of British Columbia recipients attend a special ceremony at Government House in Victoria, B.C. where they are presented with an insignia and are formally invested into the Order. Between 13 to 16 people are appointed to the Order each year.

New members of the Order also receive a:

Members are entitled to use the post-nominal letters O.B.C. after their names.

Members can order miniatures and additional lapel pins by submitting an Order Form (PDF). If a medal is lost, please contact the Honours and Awards Secretariat.

Elements of the insignia

The insignia of the Order of British Columbia consists of a stylistic dogwood, the floral emblem of British Columbia. The insignia is part of a medal which also features a crowned shield of arms. It is worn with a green, gold, white and blue ribbon. The member’s name and year of investiture are engraved on the back of the medal.

Learn more about the wearing of insignia (PDF).

To have your miniature mounted on a medal bar, the Honours and Awards Secretariat recommends the following businesses: 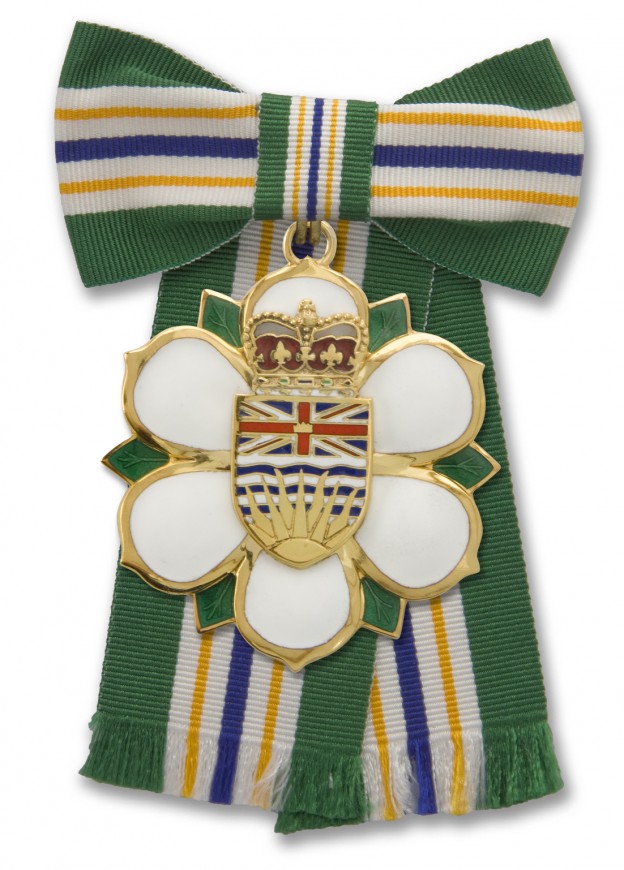 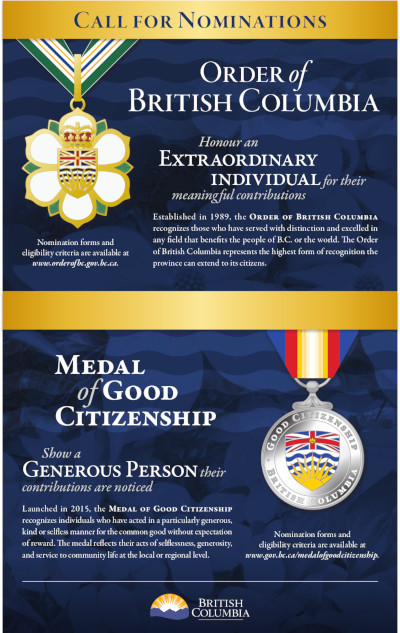