The Environmental Mitigation Policy and supporting procedures outline a process for making well-informed, sound decisions about how to use or develop B.C.’s natural resources by:

Video 1: Get an overview 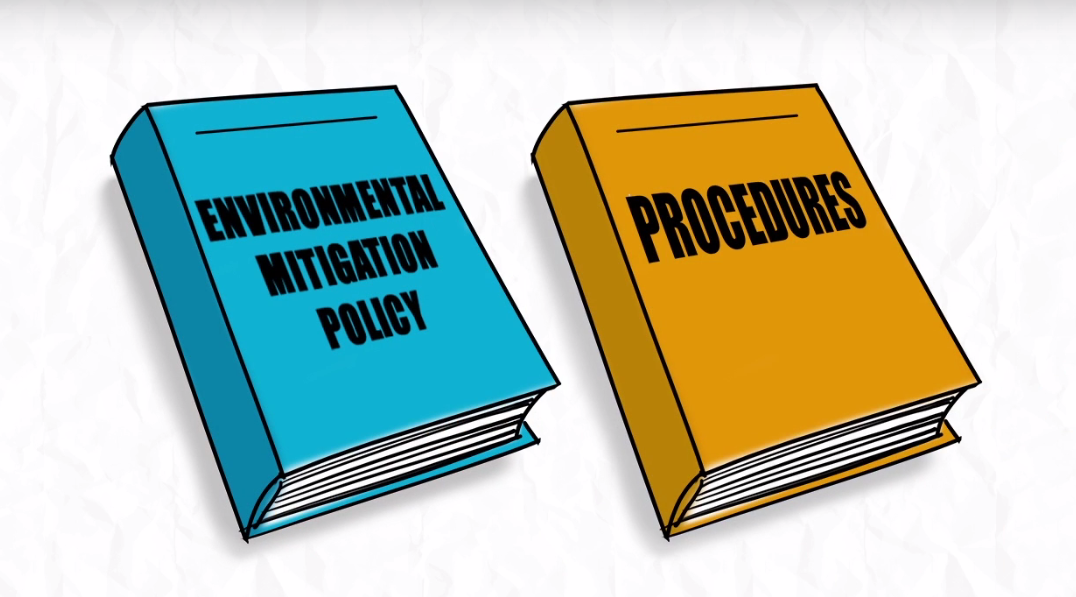 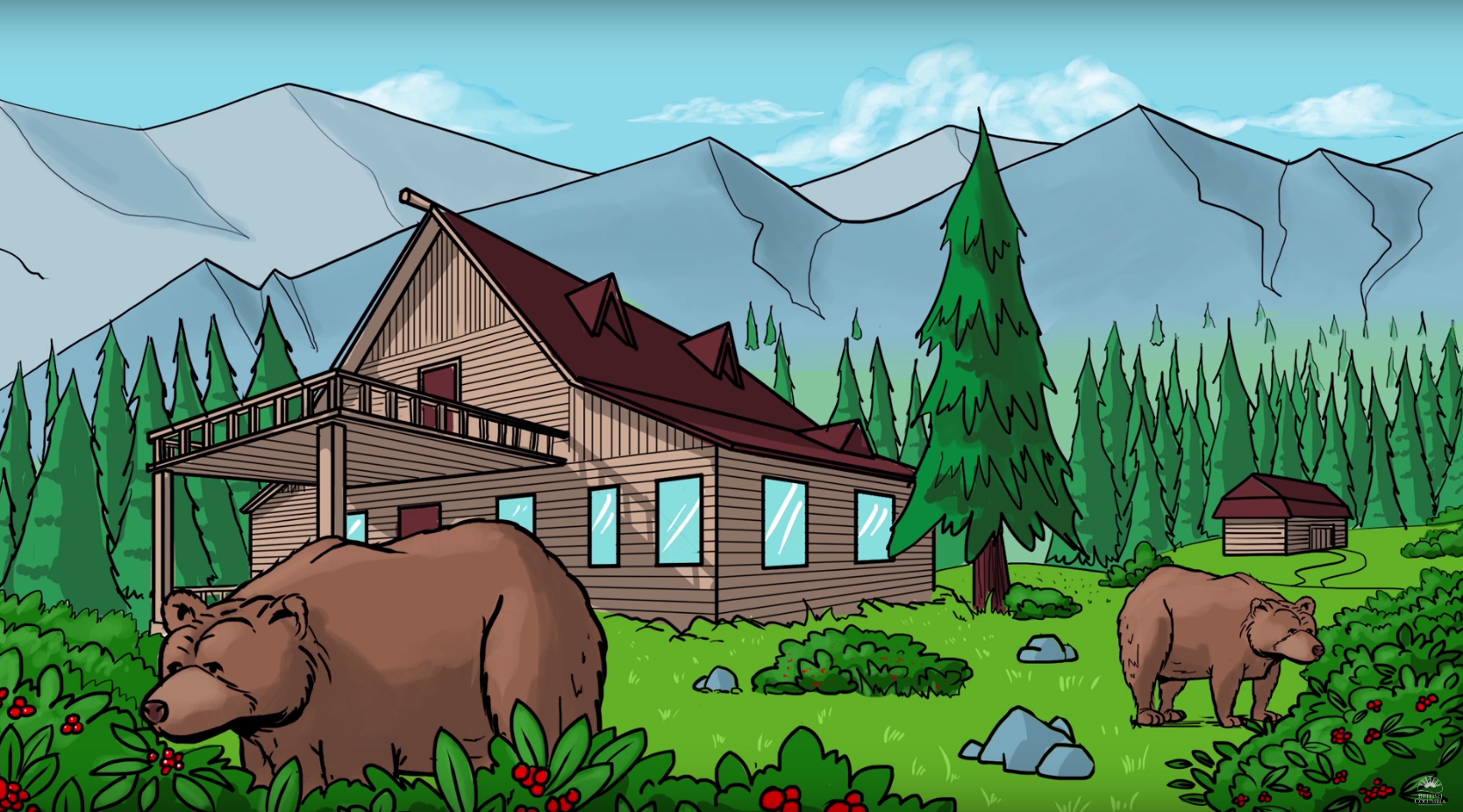 Video 3: Presentation on the Environmental Mitigation Policy in B.C. 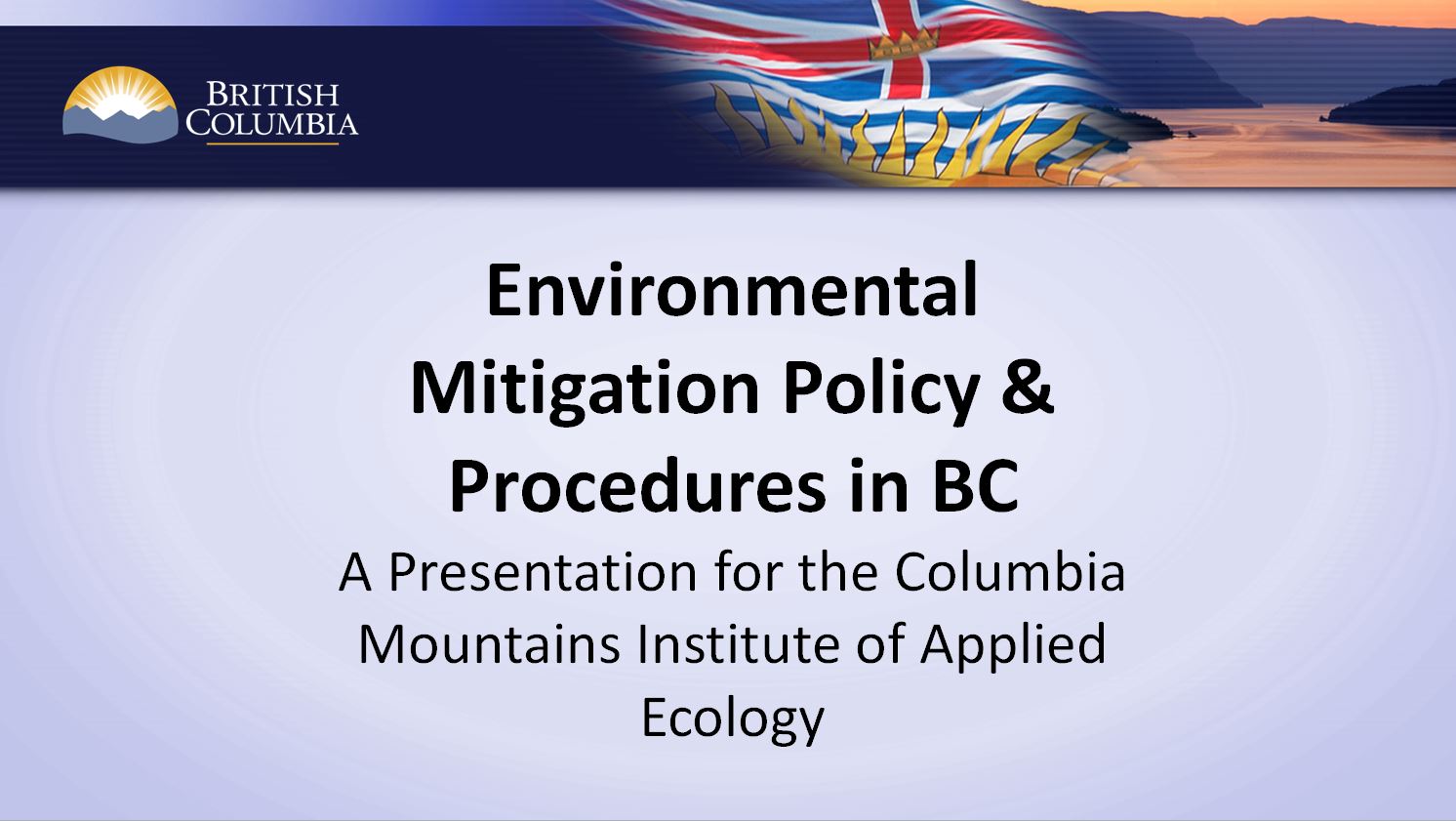 Note: Actual application and review processes may differ depending on proposed activity and requirements under applicable regulations.

The policy and procedures do not create new legal requirements or new costs – they support existing authorization processes already in place by:

Here are a few highlights of what’s included:

Identification of environmental values and components of concern

Proponents and qualified professionals are given guidance to identify areas that require environmental mitigation for their specific project by using a standard approach based on a core set of environmental values or components. Proponents may also refer to the Environmental Assessment Office's Valued Components Guideline.

Environmental values: Elements of the natural environment that are important for assuring the integrity and well-being of B.C.’s ecological systems over time.

Environmental components: Attributes of a natural resource system (e.g. wildlife habitat supply and condition, wildlife population size and distribution, connectivity of habitats and ecosystems across landscapes) that are measured, managed or maintained to ensure the integrity and well-being of environmental values (e.g., threatened and endangered species, wetlands).

An environmental impact assessment determines the nature and extent of environmental impacts from a proposed development and outlines what mitigation measures would be appropriate. This evidence is used to make informed and durable natural resource decisions.

Consideration and application of mitigation

The policy is based on applying the principles of the Environmental Mitigation Hierarchy:

Consider all feasible options before moving to the next step in the hierarchy.

Avoid: Proponents need to first determine how to use avoidance as a mitigation measure for their project before considering any of the other mitigation options in the hierarchy. For example, in the case of an application for land tenure, a proponent will consider whether it's possible to avoid sensitive areas or timing windows that are significant for identified environmental values. If total avoidance is not possible, the next step in the mitigation hierarchy is considered to determine measures to minimize effects.

Offset: Offsetting measures can only be chosen as an option once all other measures have already been considered. These measures are used to counteract or make up for an impact on an environmental component – they must deliver tangible, measurable, on-the-ground conservation outcomes for environmental values and associated components.

The type and amount of offsetting needed is calculated using ecological equivalency – the similarity between the environmental values and components that will be impacted. Calculating an offset amount (area-based or financial) is based on the consideration of "true costs" to undertake similar action(s) if they were completed by the proponent (e.g. market values, cost of restoration, cost of securing land, etc.).

Offsetting is the responsibility of the person whose project or activity impacts environmental values and associated components. The offset must be "additive" – incremental to activities already planned or underway – and must also first consider like-for-like and on-site or in-proximity offsetting. "Trading up" or like-for-better, may be supported in circumstances where there are defensible reasons that a like-for-like offset would clearly not deliver the same conservation benefits. The authorizing decision maker will determine if an offset is acceptable based on provincial staff advice, and if the offsetting measures can be considered as mitigation within the authorizing legislation. Offsetting may be offered as part of a mitigation plan voluntarily at any time.

Currently, mitigation banking is not being used. Proponents can propose mitigation banks – whether it's considered an offset will determined on a case-by-case basis as part of the authorization process.

Mitigation monitoring: Monitoring is used as a best practice for managing uncertainty of mitigation measures and outcomes. Financial offsetting (payments) for monitoring or research may be considered in exceptional circumstances.

Monitoring commitments should also be clearly outlined in each proponent's mitigation plan, which could include:

Proponents can follow the Environmental Mitigation Procedures (PDF, 1.2MB) for their proposed activity or development.

If mitigation is required by a government permitting agency (e.g. land tenures, Environmental Assessment Office, etc.), they can also use the Mitigation Planning Workbook (XLS) to:

Ask questions or provide feedback about the environmental mitigation policy and procedures: