Transforming a Mining Town into a Solar Energy Destination 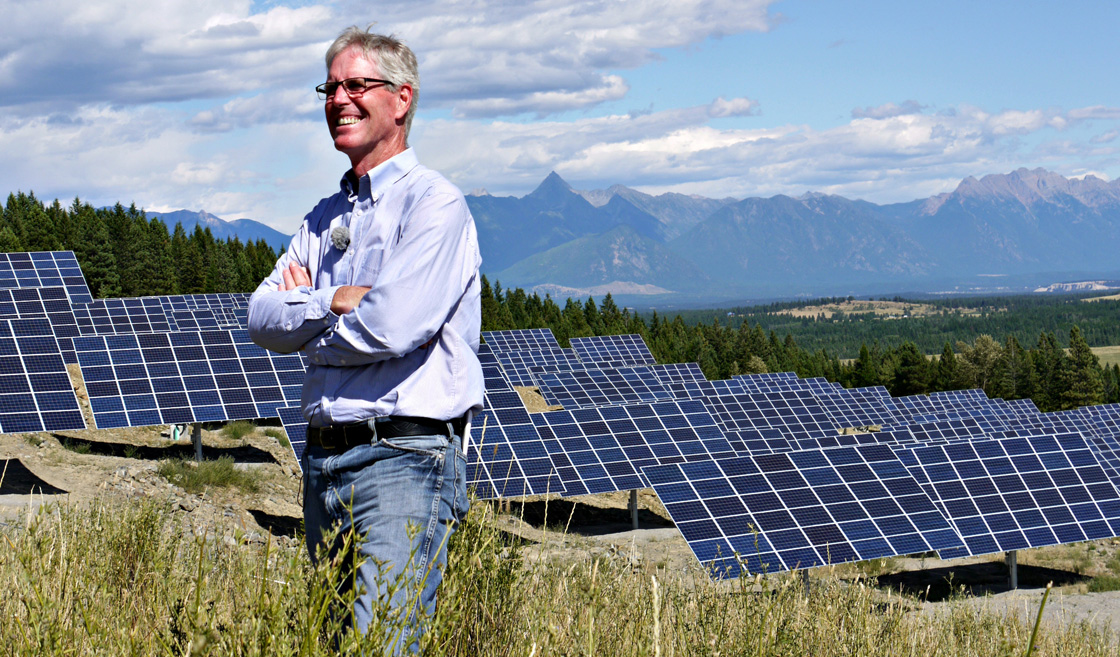 The Challenge: Diversification is the Key

How can a community such as Kimberley, with its pioneering history and commitment to a diversified economy, leverage its resourcefulness and resilience to make good use of an old mining site?

The Solution: Eternal Sunshine Thanks to Citizen Support

The SunMine concept was introduced by Michel de Spot of the Vancouver-based EcoSmart Foundation in 2008. In 2011, 76% of Kimberley voters were in favour of the City borrowing $2 million toward the project. After a competitive process to select the prime contractor, the decision to proceed with construction was made April 2014. SunMine began commercial operation June 22, 2015.

Benefits: The Sun Continues to Shine

The SunMine project has created new clean power, raised awareness of Kimberley, and resulted in new employment and regional investment.

Subsequently, there have been a number of benefits since SunMine broke ground in July 2014:

SunMine: How solar is transforming an old mining town

Public Relations and Awareness of Kimberley 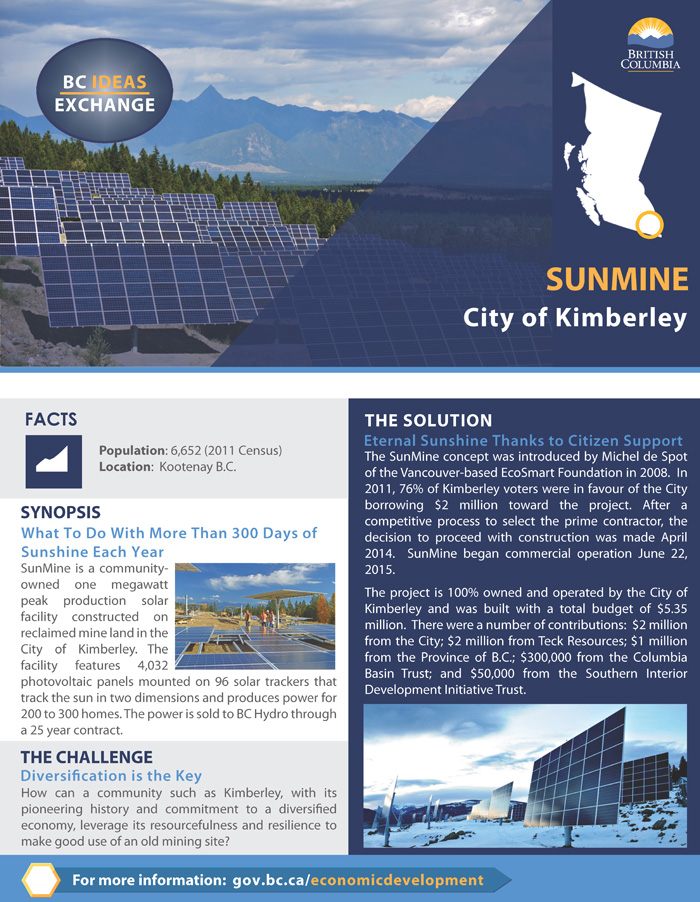 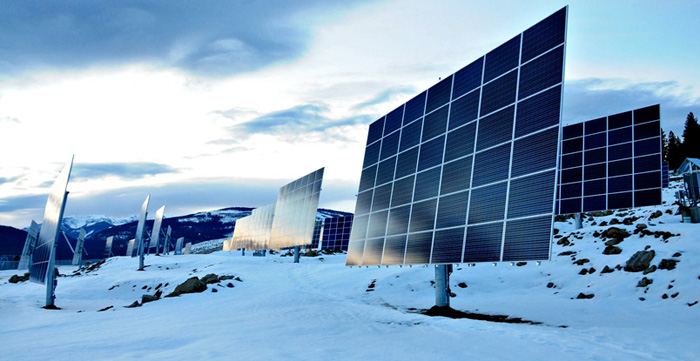 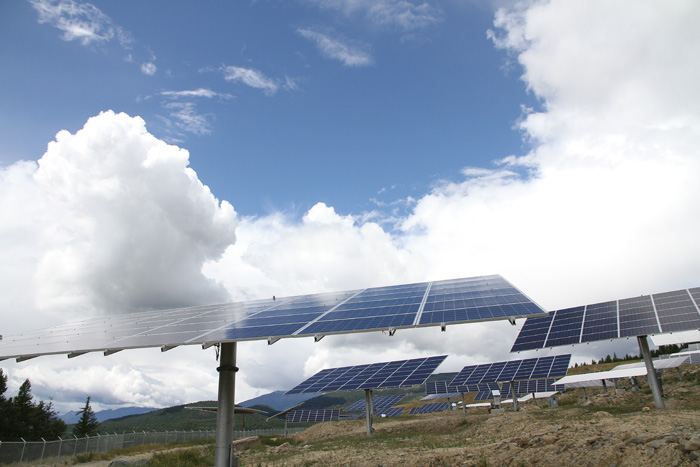