Traffic management for work on roadways

See Reallocation of Roadway Space for Physical Distancing for guidelines and resources in response to COVID-19 challenges.

Policies, specifications, standards and guidelines to be followed in the development of traffic control systems for the highway system in British Columbia for the Ministry of Transportation and Infrastructure.

The 2020 TMM outlines fundamental principles and guidelines for traffic management and traffic control with the goal of protection of workers and the safe and efficient movement of road users through a work zone.

Effective January 2020, the 2020 TMM is to be used for all work on Ministry roadways unless otherwise stated. 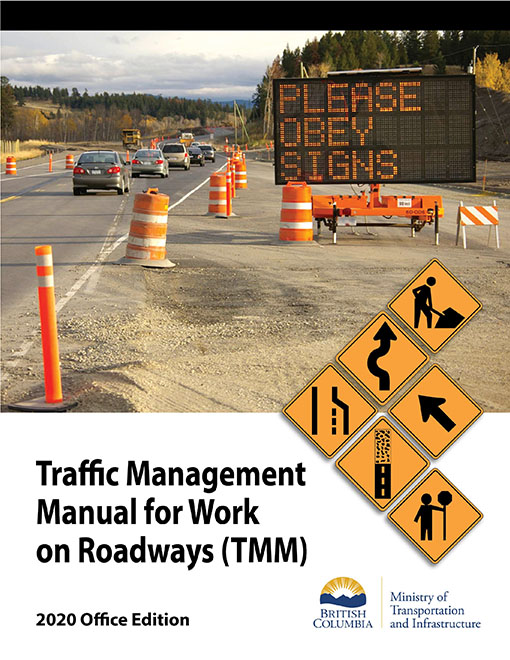 Friendly Url for this page:
www.gov.bc.ca/trafficmanagement