Offences relating to non-compliance with community court orders (for example, failing to appear in court or violating the terms of bail or probation) are also heard in the community court. 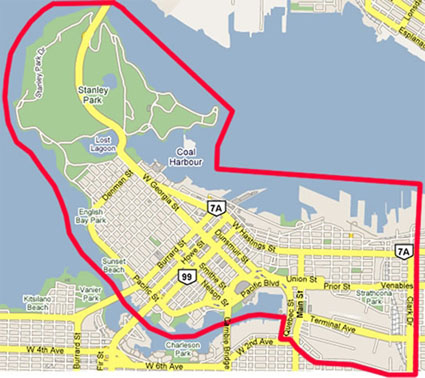 The catchment or geographic area of the court is downtown Vancouver from Clark Drive on the east to Stanley Park on the west, with Great Northern Way as the southern boundary and the Inner Harbour and Coal Harbour of Burrard Inlet as the northern boundary.