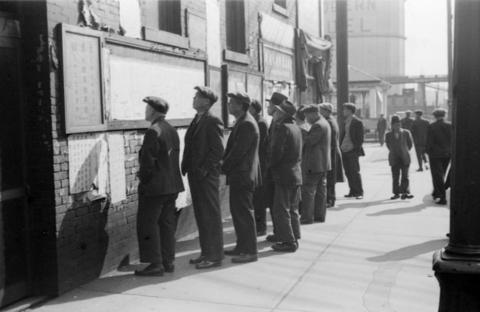 In 1923, pressured by the B.C. government, the federal government enacted the Chinese Immigration Act (commonly called the Chinese Exclusion Act). Passed on July 1, Dominion Day, the act was humiliating and debilitating in its damage to Chinese Canadian communities. Despite its name as an “immigration” act, in practical terms, persons of Chinese origin were no longer permitted to enter Canada. During the 24-year period of exclusion between 1923 and 1947 (when the Exclusion Act was finally repealed), fewer than 100 Chinese were allowed to enter Canada.

Many Chinese Canadians in British Columbia were separated from their family members in China, and some never saw their families again. For many Chinese Canadians, the Exclusion Act was the clearest signal from Canada that they did not belong. As described at the Kelowna forum, it was a lonely life for the men who lived away from their wives and families for so many years.

Some letters from those early immigrants were found in the Kelowna museum’s basement decades later – letters that were never sent. The writers had begged their families for forgiveness for their failure as husbands and fathers because they were not able to btheir families to Canada.

The legally sanctioned racial discrimination engendered by the Exclusion Act was systemic and sustained, and its toll in human suffering deserves pause for reflection.

85th Anniversary of the Chinese Immigration Act
Government of Canada