On May 15, 2014, Premier Christy Clark issued a formal apology to Chinese Canadians on behalf the entire B.C. Legislature for the historical wrongs imposed on them by past provincial governments.

The litany of historical wrongs still looms in British Columbia’s society. Chinese Canadians remain justly angered and disappointed by the historical wrongs imposed on them by their provincial government. While many of the offending acts, regulations and policies were federal, often they were encouraged or initiated by past B.C. provincial governments or federal members of parliament from British Columbia. 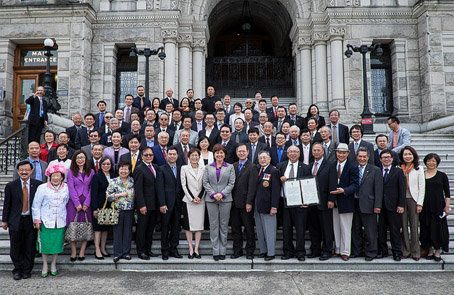