B.C.'s local government system is unique in Canada, accommodating diverse local governance structures within a federated model that provides local services and governance to communities throughout B.C.. One hundred and sixty-two municipalities and 27 regional districts serve urban and rural communities in virtually all areas of B.C.

The first municipalities predate the establishment of British Columbia as a province. Regional districts were created in the mid-1960s. Other local service bodies such as improvement districts (not local governments) continue to exist in some areas.

Municipalities in B.C. are responsible for providing local services and governance to approximately 89 percent of the province's population. There are currently 162 municipalities, ranging in population from just over 100 to over 630,000 people, and ranging in size from 63 hectares to over 8,500,000 hectares.​

Municipalities can be classified as either a town, village, district or city depending on the size and density of their population.

Learn more about municipal incorporation, governance, powers and services, planning and infrastructure, and the role of municipalities in regional districts:

Covering almost the entire geographic area of the province, regional districts are federations of municipalities, electoral areas and in some cases, Treaty First Nations.

Regional districts provide a political and administrative framework to:

Since its establishment in 1934, the Local Government Division has helped to foster a collaborative and effective relationship between local governments and the B.C. government. 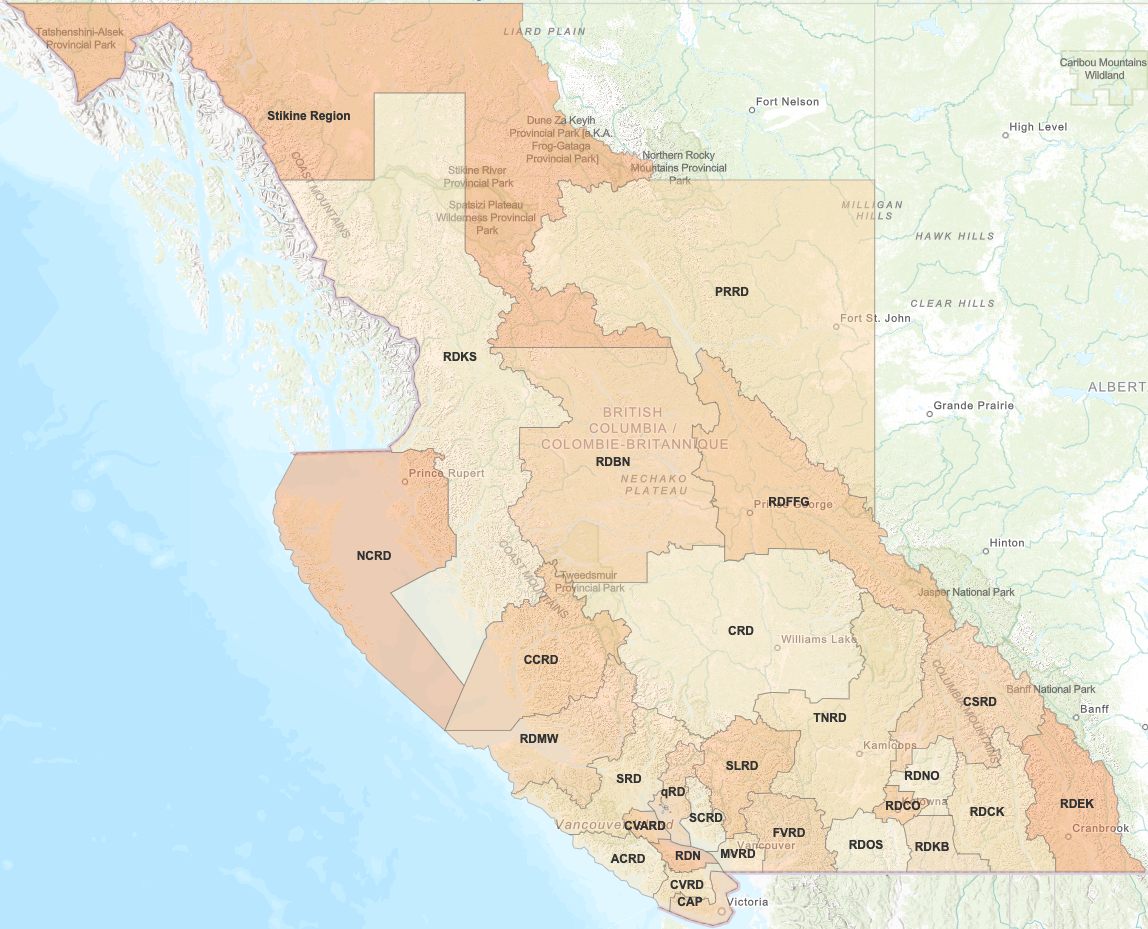 Contact us if you have questions about the local government system.