The Bowron Watershed was used to look at long-term impacts of the spruce pine beetle infestation of the 1980s. That was a surrogate to gain understanding of future conditions of riparian zones and streams in MPB salvage areas 20 to 30 years after large scale salvage harvesting.

When timber is removed from riparian zones, forest values such as stream and riparian function can be impacted. A riparian zone is a sensitive ecotone (transition area between two biomes) that serves many functions, such as erosion and runoff control, protection of water quality, provision of shade and litterfall for aquatic biota, and habitat for wildlife.

The Forest and Range Practices Act allows harvesting in riparian zones for many purposes, one of which is to control damage by insects and to salvage infected trees, as long as it does not have a material adverse impact on the riparian zone or stream. 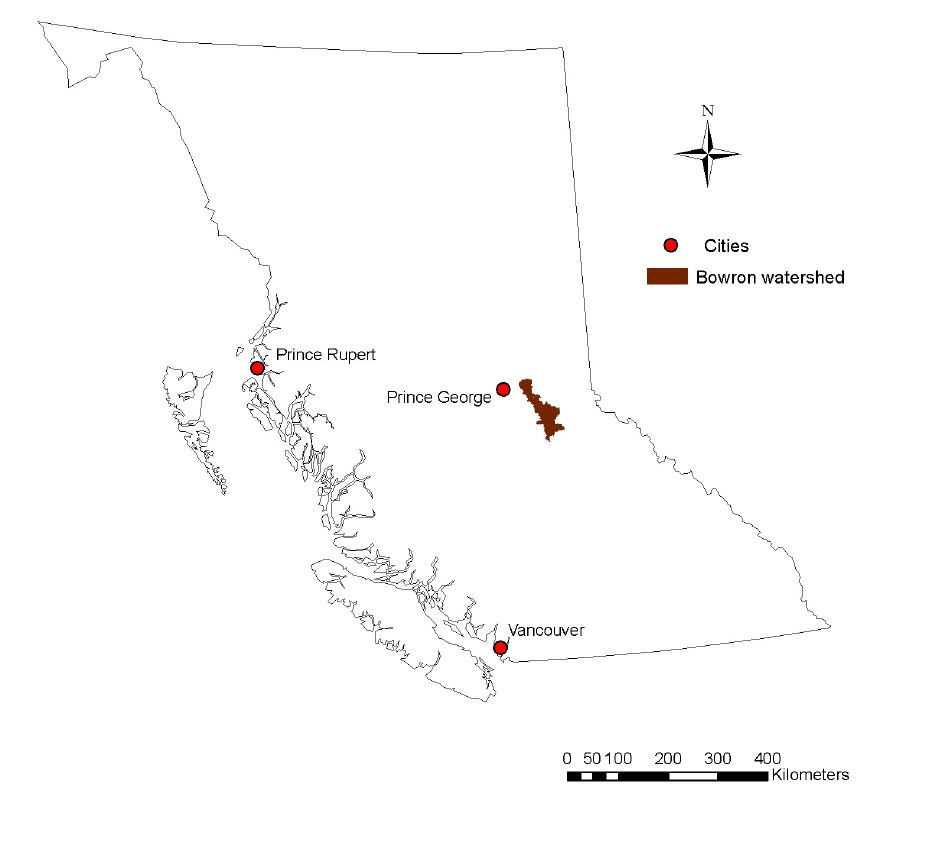