The Interior Douglas-fir tree breeding program began in 1982 with the objective of producing improved and genetically diverse seed for planting on productive forest land in south-central British Columbia.

The breeding goal is to improve traits related to tree size (height, diameter and volume) while maintaining wood relative density near old growth values. The recent discovery of resistance to Armillaria root disease in Interior Douglas-fir suggests that resistance to root diseases could become an important trait of interest.

Seed orchards for each SPZ were established in the North Okanagan in the early 1990s. In 2016, approximately 15.3 million (31 percent) of the 49.4 million Interior Douglas-fir seedlings scheduled for planting in B.C. will come from seed orchards.

In 2010, parent trees from southern SPZs were selected on the basis of projected climate similarity to establish new seed orchards for the Thompson Okanagan SPZ. This region was excluded in the program’s early stages because of low site productivity; however, recent increases in planting numbers combined with severe seed shortages for the area necessitated the establishment of orchards for these lands. 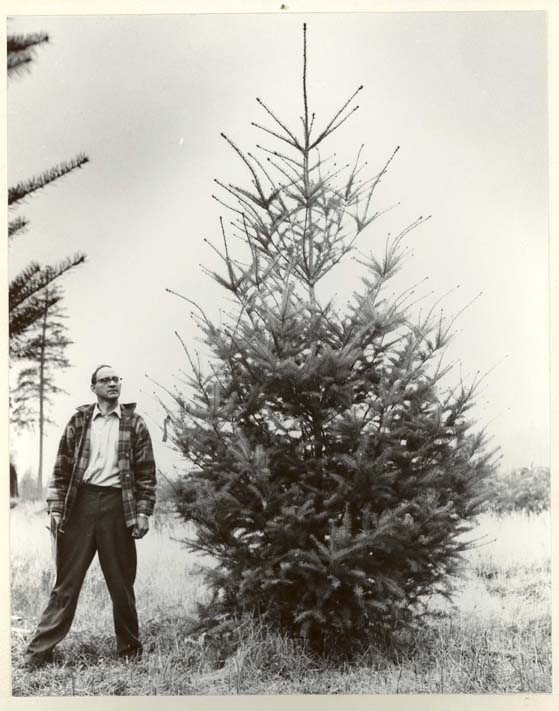 Dr. Allan Orr-Ewing, the first geneticist in the B.C. Forest Service, standing beside one of his wide-crossed Douglas-fir progeny.