In B.C., Dothistroma needle blight (Dothistroma septosporum Dorog. Morelet) is primarily found on lodgepole pine but all pine species in the province are susceptible.  Occasionally, non-pine species such as Douglas-fir and hybrid spruce can be infected if in close proximity to heavily infested pines.

Dothistroma has been reported throughout most of the range of lodgepole pine in B.C. and as the climate warms it is expected that its northern range will expand.

Crowns of affected trees tend to be thin and tufted in appearance. The lower crown is often most severely affected and from a distance damaged stands appear as though they have been burned by a low intensity wildfire. 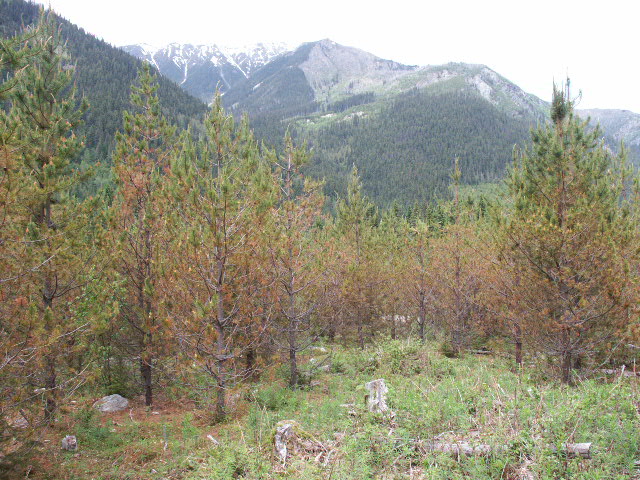 Characteristic foliar signs are most clear in the spring when needles that were affected the previous year are still attached and before new growth occurs. Needles that have been killed one to two years earlier are best for positive identification. These infected needles will be straw coloured and may have visible dark red bands. When the red banding is not present distinct black spherical fruiting bodies emerging from hinged ruptures in the needle epidermis can provide a means of visual identification of this foliar pathogen. 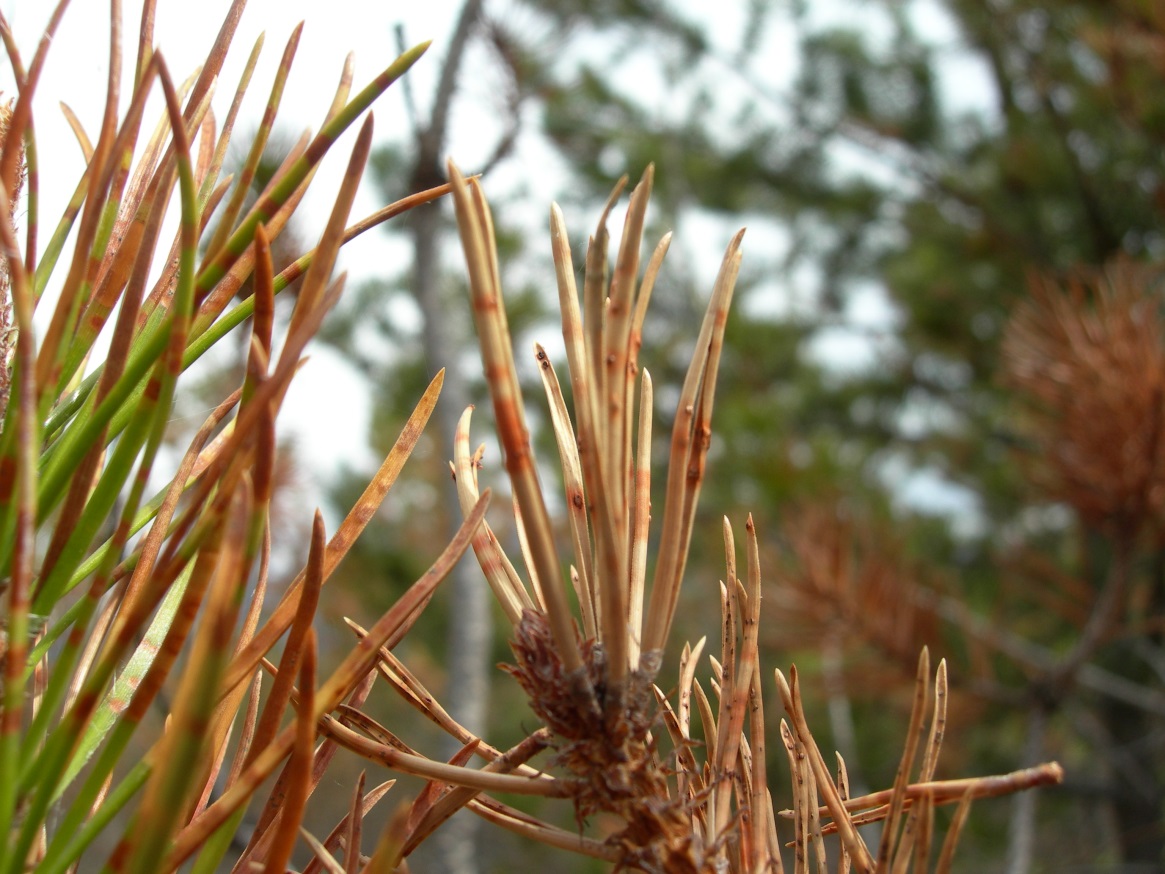 Dothistroma infects needles of all ages, causing pre-mature leaf mortality and reduced photosynthetic capacity. Dothistroma spreads primarily by means of splash-dispersed asexual conidia which may be released and germinate any time temperatures are above 5⁰C and moisture is available. Although the fungus can sporulate and germinate over a wide range of conditions, a combination of temperatures between 15 and 20⁰C with extended periods of moisture is optimal for infection.  Ascospores are thought to be more robust and capable of longer distance dispersal than conidia but are less common, and are typically only released for a month in early summer. The life cycle of Dothistroma generally requires one to two years to be completed but the latent period between infection and subsequent sporulation is quite variable depending on temperature, rainfall, host species and provenance.

In B.C., Dothistroma needle blight has had greatest impact in the ICH zone and in this zone the best management practice is to avoid planting lodgepole pine as there are numerous non-host commercial tree species options. Where lodgepole pine has been planted and failed due to the disease, management efforts have focused on determining whether or not sufficient non-host natural regeneration is present.  In areas where insufficient natural regeneration exists, under-planting of non-host species has been attempted but successful seedling establishment has been challenging due to advanced brush competition and foraging showshoe hares that browse the planted seedlings using the dying juvenile pine ‘overstorey’ as cover from predators.

Dothistroma behaviour is strongly influenced by temperature and precipitation and therefore the hazard varies considerably by biogeoclimatic zone across the province. The ICH and CWH zones are highest hazard followed by the warmer wetter portions of the SBS. For a more detailed description see McCulloch and Woods (2009). Climate change will continue to disrupt the balance between host and pathogen making any hazard rating based on current biogeoclimatic classifications less reliable over time. 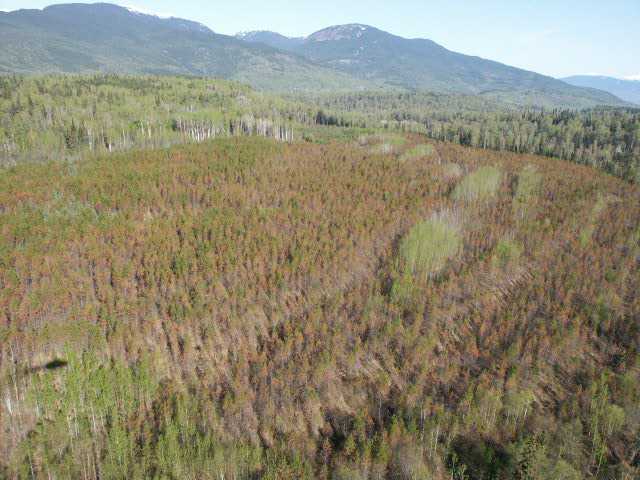 Contact us if you have questions about Dothistroma in British Columbia.