Spruce beetle infestations are usually located first by aerial surveys (aerial overview or detailed heli-GPS) or other sources, and are surveyed on the ground using a two-stage system:

Choice of management strategies will depend on:

Some spruce beetle treatments differ from those of other bark beetles. Treatment timings may differ due to variations in life cycle. Timings of management activities for spruce beetle are given in the following table:

After detection, treatment options are limited to a few general tactics:

Hazard rating identifies stands where substantial losses can be expected if an outbreak occurs, and which are highly susceptible to attack. Once all spruce stands in an area are rated, resources can be directed toward those with the highest hazard, so losses can be minimized. Hazard rating considers stand age, host basal area, stand density, and elevation. Ratings can be used to set priorities for surveys and treatments, and may be used during preparation of forest development plans as a tool in preventive management. High hazard stands have: 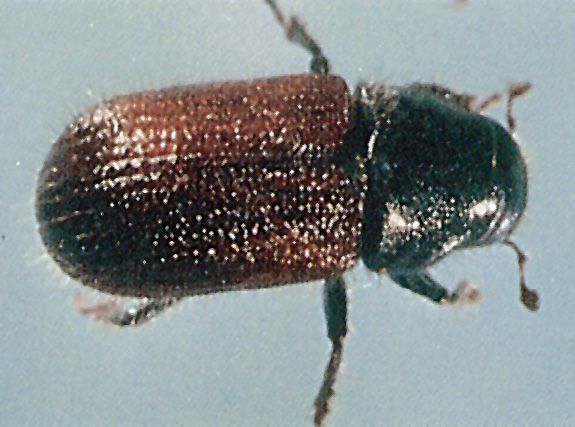 Size: tiny – four to seven millimetres (about half a centimetre)