The spread of mountain pine beetle increased through the late 1990s and early 2000s. The total area effected was greatest in 2004.

The annual volume of timber killed by the mountain pine beetle has been declining since 2004. However, B.C. must continue managing this insect to protect its forests for the future. 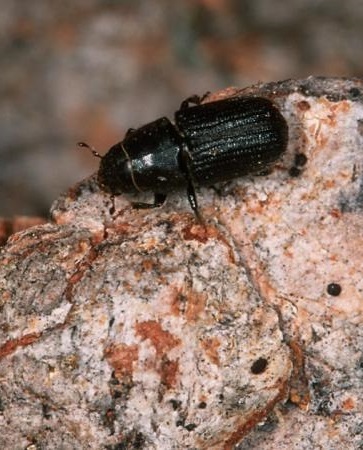 Length: about half a centimetre

Destruction: more than 16 million of the 55 million hectares of forest in B.C.

Contact us if you have further questions about Forest Health in B.C.