Smiths Falls is located at the heart of the Rideau Canal, halfway between Ottawa and Kingston, Ontario. Indigenous history shares that Iroquois farmers originally encountered explorer Jacques Cartier in this area. The roots of the town go back to a work camp for the construction of the canal in the 1830s.

Smiths Falls was best known as the chocolate capital of Canada due to a massive Hershey Chocolates plant which employed about 750 people. Other major employers included Frost & Wood (farm equipment), Shorewood Packaging, Stanley Tools, and the Rideau Regional Centre, a residential institution for people with disabilities.

Smiths Falls had seen major employers shut down in the 1980s and 1990s but rallied with an emphasis on entrepreneurship. Things took a turn for the worse in 2007 when Hershey Chocolates announced it was closing the Smiths Falls plant.

Shortly afterwards, Rideau Regional Centre also closed which led to the departure of 800 residents and 1500 local jobs. Shorewood Packaging and a number of other major employers also closed their doors or downsized. Within 18 months, about 40% of the local labour force had lost their jobs.

The mayor and council of Smiths Falls rallied to respond the dire situation and poured their efforts into finding ways to keep the town going. The municipality secured funding for infrastructure: a new arena, water treatment plant, high school and refurbished hospital were constructed.

More than $122 million has been invested in the town’s infrastructure. The town aggressively promoted its opportunities, including proximity to universities and excellent transportation connections. Businesses came and went. Smiths Falls was determined to keep the infrastructure of the town going and trust that new employers would show up.

Opening the Door to Opportunity 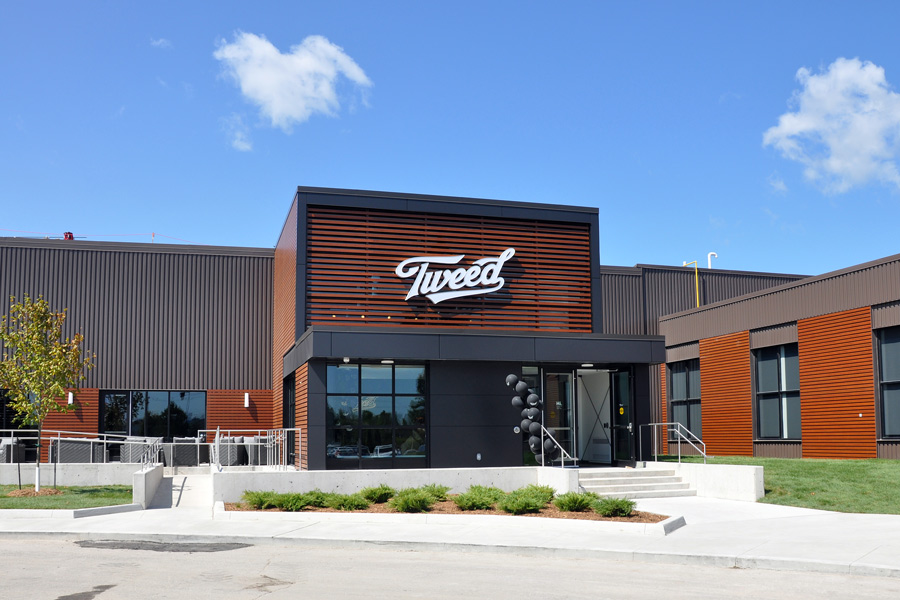 After years of vacancy, the massive facility which had housed the Hershey plant was slated for demolition. In spring 2013, Tweed Inc. was checking out a potential location for a start-up medical marijuana company in a nearby town, but found the site was surrounded by residential zoning and would have required a high-risk, lengthy public permitting process. Staff from the Ontario government’s economic development team suggested the former Hershey plant.

The former Hershey plant was too large for the start-up company, but Staples and his planning team went to work on dividing the plant. Tweed Inc. moved in and began with a few dozen employees, and quickly needed more people and space. Growing marijuana isn’t the only function of a marijuana company: a client call centre, packaging rooms, a distribution centre and even a cannabis visitor centre now fill the plant. The company has had to expand into another plant nearby. Tweed, a division of Canopy Growth, now employs over 1000 people in Smiths Falls.

Canopy Growth’s Bruce Linton was committed to the company being a good neighbour. Early in its development, the company committed to hiring and contracting local to supply every need from architecture to outhouses. As the federal government progressed to legalization of recreational cannabis, growth has continued. Now a core part of Smiths Falls, the company supports the town’s arts and culture communities, as well as numerous other local charities.

Smiths Falls’ economic development has been transformed by Canopy Growth and this success has shone a light on the town’s assets. La Boat – an international luxury houseboat company – recently set up shop in Smiths Falls to take advantage of the beautiful Rideau Canal as a destination for international travellers. Real estate development has sparked, and the value of building permits issued by the town has leapt from $30 million in 2017 to $169 million in 2018.

Smiths Falls Mayor Shawn Pankow points to some of the important things that helped the town: 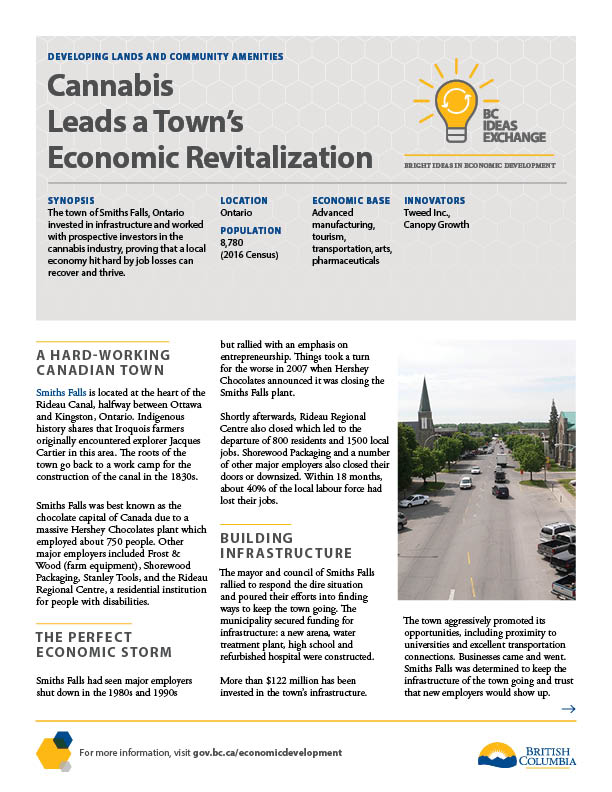 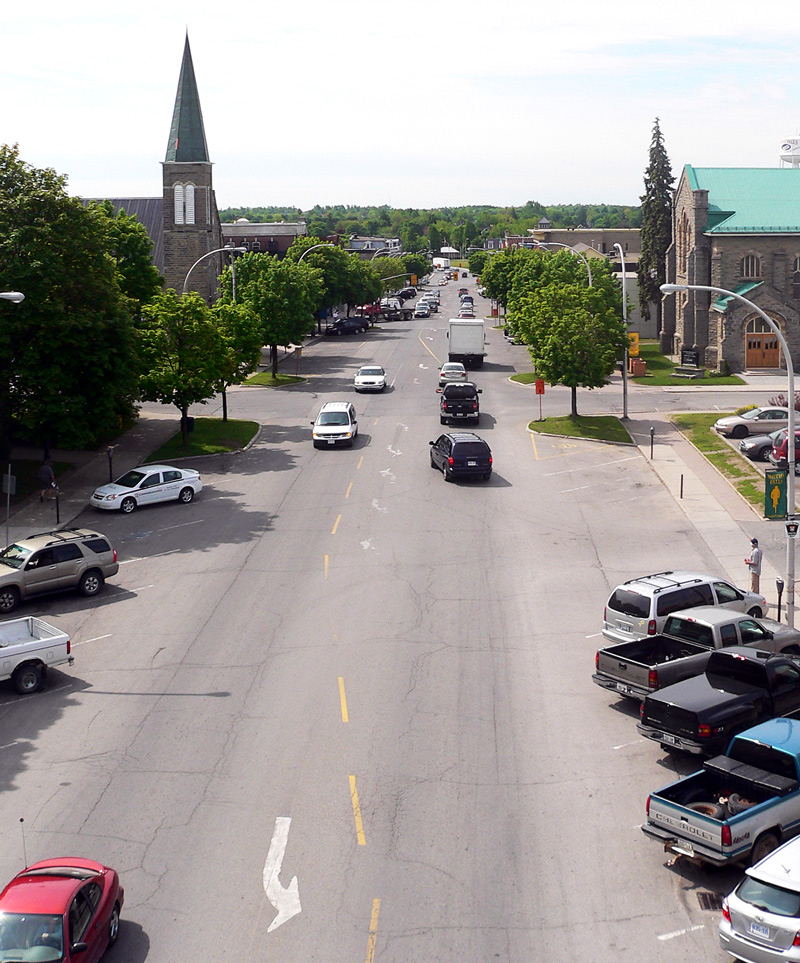