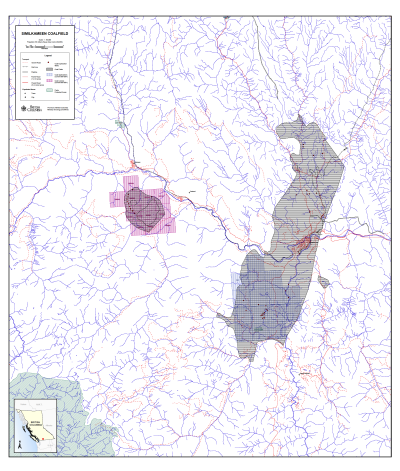 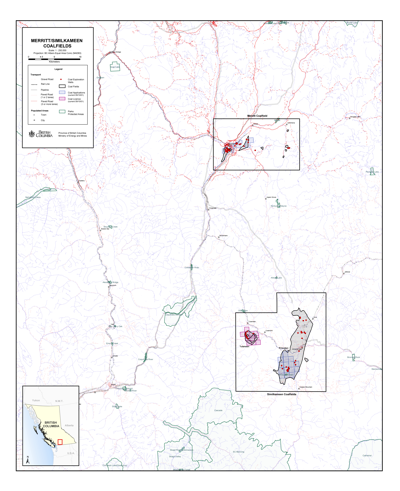 This coalfield is comprised of two separate Tertiary basins referred to as Tulameen and Princeton. About 4 million tonnes of high-volatile coal were produced from the two basins prior to 1961. Coal is hosted by the Eocene Allenby Formation.

The Princeton Basin covers an area of about 170 square kilometers. There were 13 small underground and one surface mine that operated in the central part of the basin up until about 1961. Coal seam stratigraphy is not well understood compared to the Tulameen Basin and this has hampered development. Four coal zones with a cumulative coal thickness of 25 metres or more are present. They occur over a stratigraphic section of 500 metres. Rank of the coal varies from lignite to high-volatile B bituminous.

The Tulameen basin covers 13 square kilometres and hosts the past producing Basin mine, which has been in operation sporadically as recently as 2013. The deposit hosts also hosts bentonite deposits. There are two coal seams; the upper main seam ranges in thickness from 18 to 34 metres and the lower seam averages 7.5 metres. Coal rank is generally high-volatile C to B bituminous. In recent years it has been marketed primarily to local cement plants.