Assent voting (or referendum) allows electors to vote on whether a proposal would move forward or not. Assent of the electors is obtained if a majority of the votes counted are in favour of the bylaw or question. Assent voting is conducted under the rules that generally apply to local elections.

Approval of the electors is required for a variety of municipal and regional district actions, including disposal of certain utilities or specified parkland, municipal boundary extensions, and municipal loan authorization bylaws. Where approval of the electors is required, it may be obtained by the local government either directly through assent voting (referendum) or by first 'testing the waters' through the alternative approval process.

Participating area approval is required for regional district service establishing and loan authorization bylaws and can be obtained through either: assent voting; the alternative approval process; municipal or Treaty First Nation consent; or electoral area consent. How participating area approval may be obtained depends on the type of participant (for example, municipality, electoral area, or Treaty First Nation) and the nature of the service.

Assent voting is often referred to as a referendum, and involves asking electors to cast a vote on a local government bylaw or other matter specified in legislation. Assent of the electors is achieved if a majority of votes counted are in favour of the bylaw or question.

When to Use Assent Voting

In general, decisions that have the potential to fundamentally change the structure and governance of an area must proceed directly to assent voting to gain elector approval. Legislation requires that the following initiatives all obtain 'assent of the electors' to proceed:

Relatively few matters require 'assent of the electors', in most cases municipal councils and regional district boards have more discretion on the type of approval they must seek and may choose the form of participating area approval or approval of the electors.

For example, if an issue is controversial, requires a significant contribution of taxpayers’ dollars, or is significant in scale or impact on the community, local governments may decide that it is more appropriate and cost-effective to proceed directly to assent voting. However, if the public has been actively engaged and there are reasonable indications that citizens are in favour, the proposal may lend itself better to an alternative approval process.

Assent voting is conducted in a similar manner to local government elections and can either be done at the same time as a general local election or by-election or on its own as a stand-alone vote.

The Local Government Act, Part 4 - Assent Voting specifies that unless otherwise provided, the provisions for elections also apply to assent voting. For example, the same eligibility rules for resident and non-resident property electors apply to both assent voting and local elections. Note that for Treaty First Nations members of a regional district, individuals who may vote in assent voting are those who are qualified and registered to vote under a law of the Treaty First Nation.

General voting day for assent voting must be a Saturday not more than 80 days after one of the following:

Various notices are legislatively required for assent voting, including notice of applications to volunteer as scrutineer and notice of assent voting. All notices must be published in accordance with the Community Charter.

Notice that applications for scrutineers will be accepted must be given within 30 days before the application period begins and must include the following:

Notice of assent voting is required at least six, but not more than 30 days before general voting day and must include the following:

If assent voting is in relation to a bylaw, the notice must also include the following:

Assent voting ballots must be in a question form that can be answered with either a "yes" or "no" response. An example of such a question is:

Scrutineers observe voting procedures and scrutinize the ballot-counting process. In local elections or by-elections, candidates (or their official agent) may appoint scrutineers. In assent voting, people apply to the local government's local Chief Election Officer to be appointed as scrutineers.

If the assent voting is being held at the same time as local elections and for the same jurisdiction as the election, or for a voting area that is all or part of the same jurisdiction, then assent voting advertising is considered election advertising and is subject to rules that apply to election advertising during the campaign period. For elections, the campaign period begins 28 days before general voting day and ends at the close of general voting. 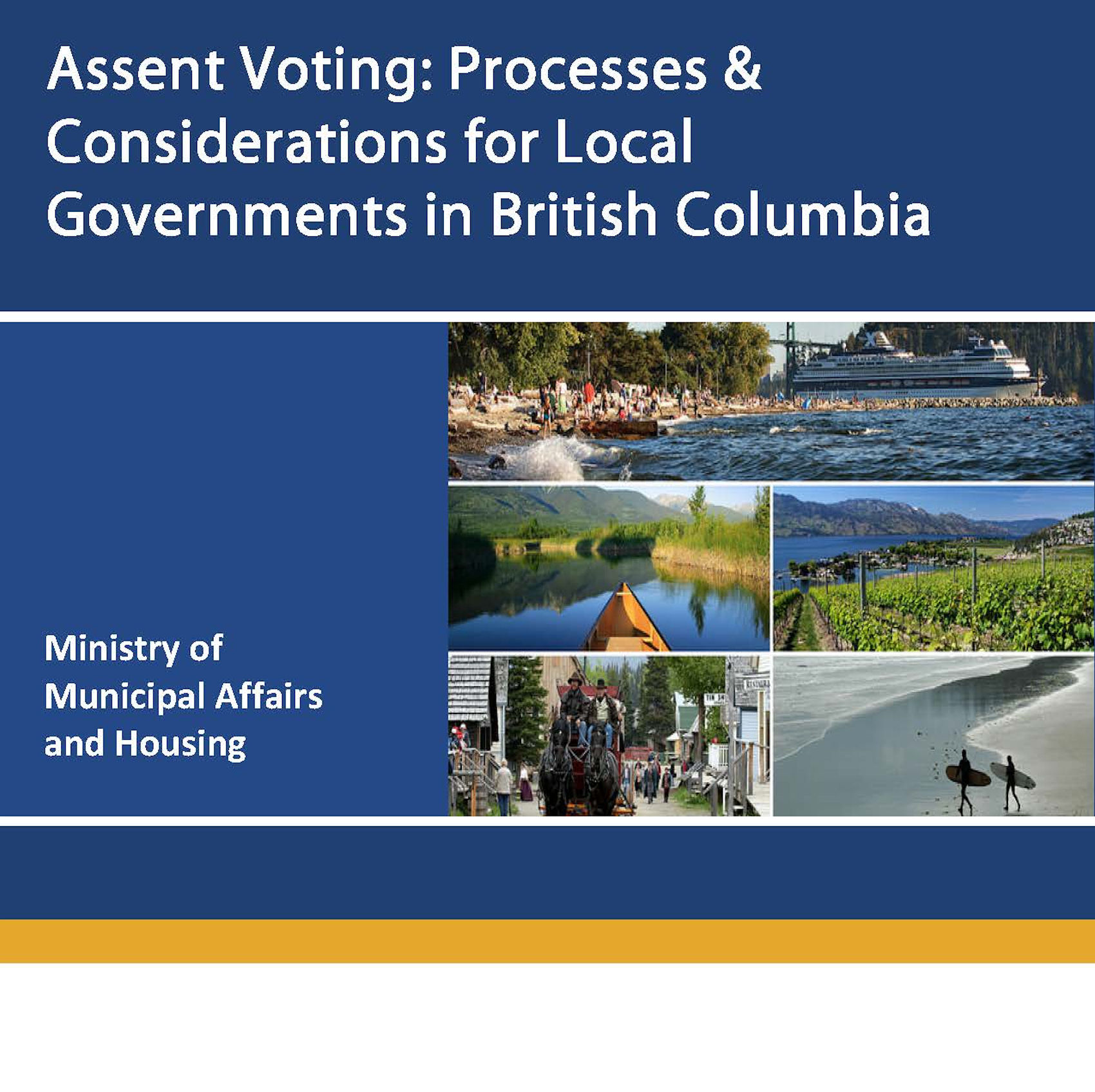 Contact Elections BC if you have questions about campaign financing, advertising and third party sponsor rules that apply to assent voting.

Contact us if you have questions about assent voting (referendum) for local government.