Past Forestry Agreements that were joint under the former name of In-ShUCK-ch: 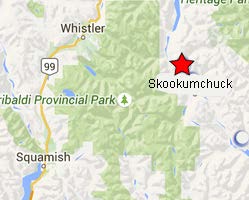