The salvage plan to retrieve the sunken tug was approved by Transport Canada, the responsible party and the environmental contractor. A barge with a crane was deployed to the incident site yesterday morning (May 18). Divers rigged the tug for lifting and a salvage team used the mobile crane to successfully refloat the tug, "Log Master", later that same day (May 18).

A plane from Transport Canada's National Aerial Surveillance Program (NASP) flew over the site during the recovery. The NASP plane reported only a small amount of diesel being released during the recovery process. This product was captured within the boom.

Nearby First Nations have been notified of the incident through the First Nations Health Authority. B.C. Ministry of Environment and an environmental consultant will work to ensure appropriate measures are taken to clean up the log sort site.

No further updates are anticipated. 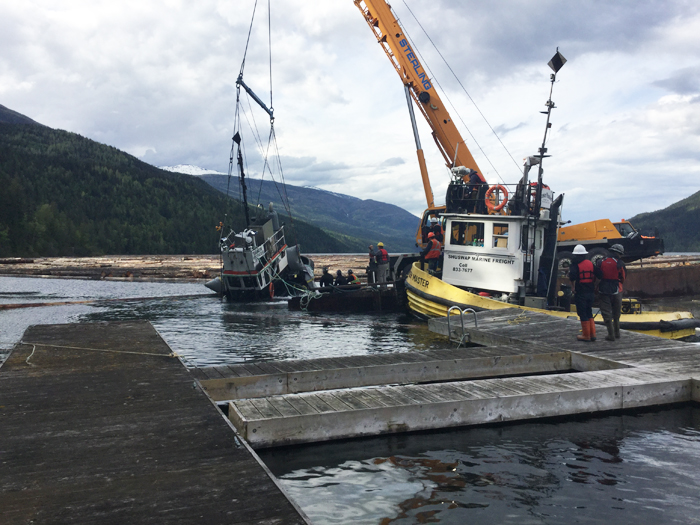 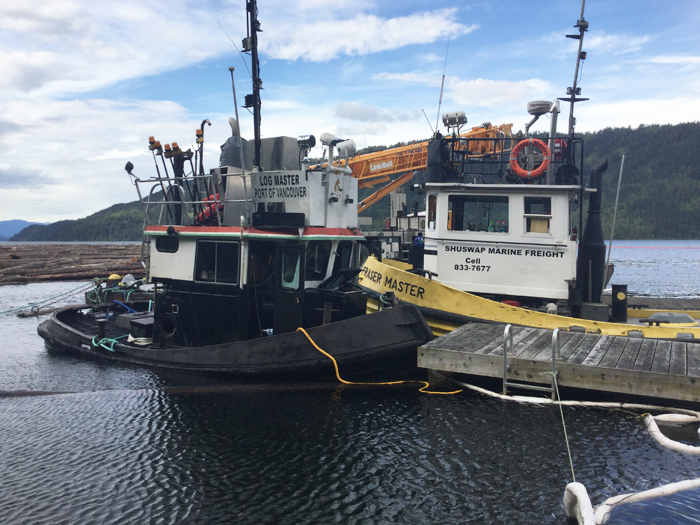 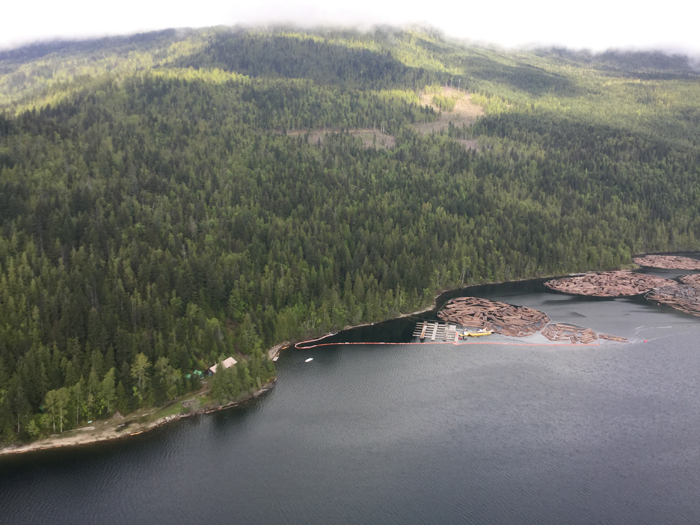 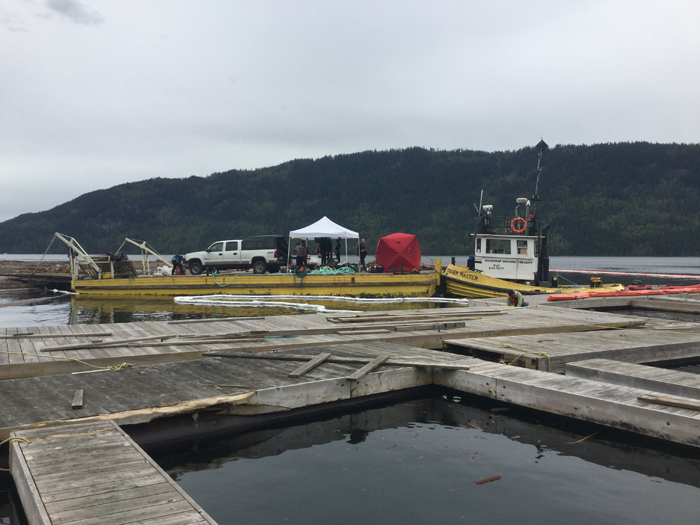 An overflight of the incident this morning showed most of the product contained in the boom area. An opening in the boom was identified and corrected. Efforts made by divers to contain the spill have reduced the volume of petroleum product surfacing. The small amount of sheen observed on the surface is contained within the boomed area. An Environmental Emergency Response Officer (EERO) with B.C. Ministry of Environment is on scene to ensure all steps are being taken to minimize the impact from this release.

Interior Health released a public service announcement (PSA) advising residents along the western arm of Shuswap Lake to be cautious and check their water for any signs of diesel fuel. The PSA can be found here.

Salvage contractors are being deployed to the site today with plans to raise the vessel tomorrow. A salvage plan has been given to Transport Canada for review. Environment Canada's National Environmental Emergencies Centre (NEEC) has provided trajectory modelling to predict the potential spread of the spill.

Further updates will be provided as more information becomes available.

The incident site is an industrial inland log sort. Boom around the incident site was deemed to be secure upon inspection. The tug is estimated to be 87 ft below the surface. It is resting on a shoal shelf. Efforts are being made to secure the tug from sliding further down the shoal.

RAM Environmental remains onsite and divers are currently assessing the condition of the tug boat. The tug's vents remain securely plugged. A small amount of fuel was viewed on the surface, but is dissipating. The shoreline adjacent to the incident site was visually assessed and no sheen or pollutants were noted.

B.C. Ministry of Environment and Canadian Coast Guard are coordinating their efforts to best respond to this spill.

An overflight is planned for tomorrow morning which will allow B.C. Ministry of Environment as well as the responsible party and Columbia Shuswap Regional District to do an aerial inspection of the incident site.

Further updates will be provided as more information becomes available.

A tug boat, owned by Canoe Forest Products, sunk into the Shuswap Lake yesterday, approximately 10 km east of the community of St. Ives.

RAM Environmental has been hired by the responsible party, Canoe Forest Products, to help with the spill cleanup. It was initially reported that the tug boat had up to 4000 L of diesel fuel on board, but this is unconfirmed. RAM Environmental reported some diesel escaping from the sunken tug last night. Sorbent boom and pads have been deployed. Inland divers, hired by the responsible party, have plugged the vents that can be reached to reduce product release.

An Environmental Emergency Response Officer (EERO) from B.C. Ministry of Environment has been deployed to the site and a salvage and recovery plan is being put together.

Further updates will be provided as more details become available.