The responsible person or spiller is legally required to clean-up or manage the clean-up of a spill. In incidents where the responsible person is unknown, unable or unwilling to manage the clean up, the Ministry of Environment & Climate Change Strategy (ENV) may assume the role. The updates below reflect the Ministry’s oversight of the spillers’ actions; details describe the spill response phase, only, and not the complete lifecycle of the spill. See More Information for other related reports.

The barge remains submerged by the ferry dock; however, no further major pollution releases are anticipated at this time. Further attempts to recover the barge have been temporarily suspended until weather permits and recovery equipment becomes available.

At this time, the incident is moving from the emergency phase into the recovery phase. Plans to collect remaining debris, sample the affected area and conduct shoreline assessments are being revised and developed. The situation continues to be monitored by members of Unified Command (UC).

A Notice to Mariners will be issued to caution vessel traffic of the incident.

No further updates are anticipated at this time.

Efforts to salvage the sunken barge in Port McNeill harbour continued throughout the first week of January.  Operations have been suspended on multiple occasions due to inclement weather which continues to affect operations.

Late in the evening on January 8, the barge was raised to the surface. During the re-floating process diesel from the barge was released.  While the release was initially contained inside the boomed area, the barge subsequently lost stability and capsized again. This damaged the containment boom in place and allowed diesel to escape. A further 60 metres (200 feet) of boom was deployed to contain the spill, however high winds and waves have made it difficult to estimate the amount of diesel that may have escaped the boom area.

Additional operational resources are being deployed to site. Unified Command (UC), made up of representatives from the the 'Namgis First Nation, the Canadian Coast Guard, the B.C. Ministry of Environment and Climate Change Strategy, and Croman Corporation (the Responsible Person) continues to meet. Additionally, the Environmental Unit (EU) is meeting to discuss recommendations for sampling and shoreline assessments.

Further updates will be provided as information becomes available.

On the evening of December 24th a pair of vessels docked together at Port McNeil sunk, likely as a result of intense waves and weather. Vessel A, an 80' two-story accommodation barge, took on water and sunk at the dock. Vessel B, a 50' steel barge, broke away from its moorings and collided with a constructed barrier approximately 100 metres away.

An oil sheen was discovered on the water in the area and Western Canada Marine Spill Response Corporation (WCMRC) deployed booms to contain the material. Divers sealed fuel lines onboard Vessel A and barrels of Jet fuel from Vessel B that had washed into the marine environment have been retrieved by salvage crews.

Vessel B was patched and removed from the area on December 29th, and is being transported to a facility for inspection. Plans to remove Vessel A from the area are currently being developed. The National Aerial Surveillance Program (NASP) conducted a flyover of Port McNeill and saw no signs of pollution outside the incident site. An Environmental Unit has been stood up, led by Environment and Climate Change Canada (ECCC) who is assessing resources at risk in the area and looking at what steps should be taken to protect and monitor them.

The B.C. Ministry of Environment and Climate Change Strategy (ENV) is engaged with the incident management group and further updates will be provided as information becomes available. 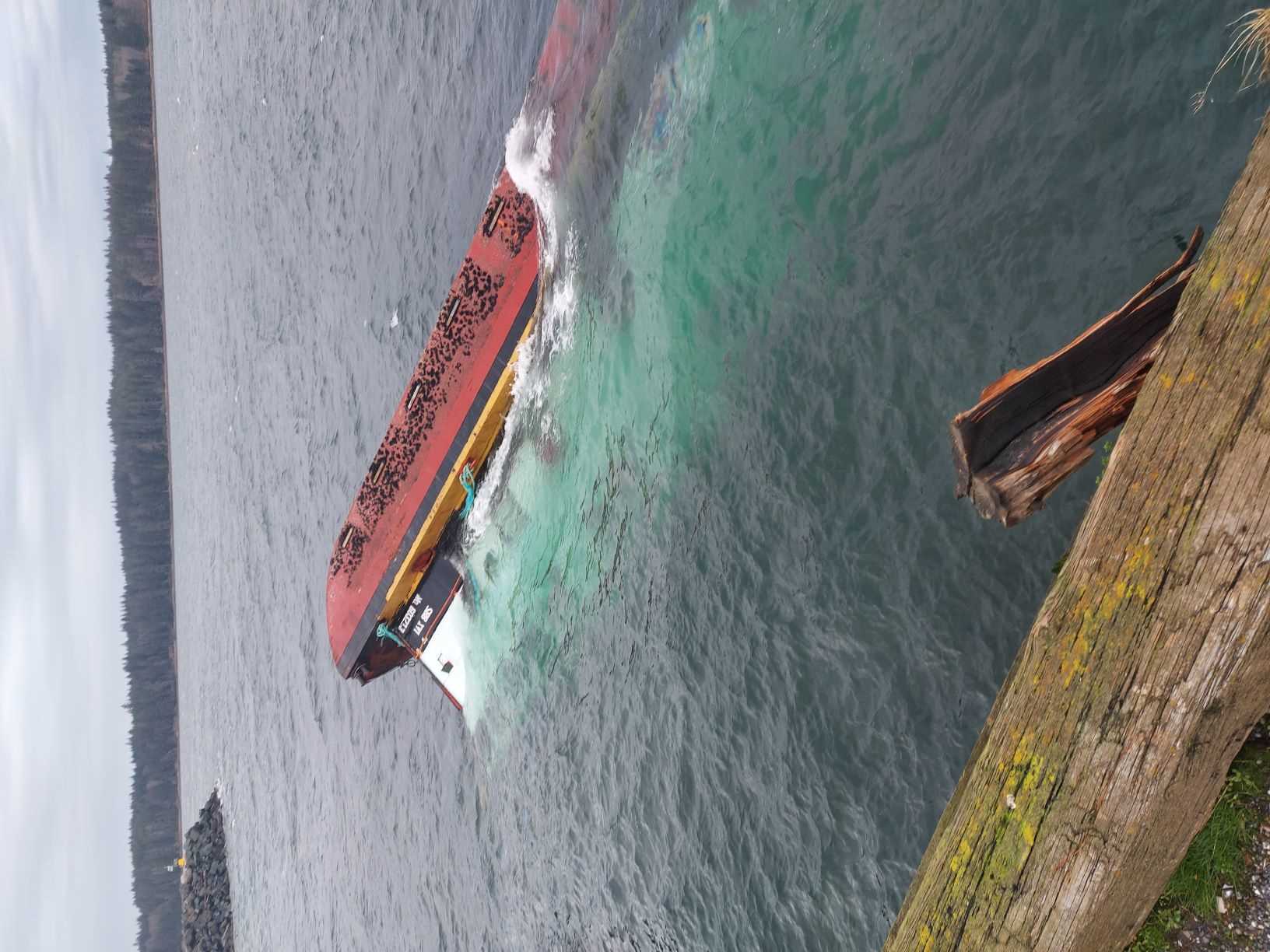 Follow on Twitter
This week’s update - Debris removal in all major waterways has been paused due to high water levels. Crews continue… https://t.co/8slOvJj8a4

The removal of debris from B.C.’s waterways as a result of the atmospheric river event is ongoing. This week’s progress is outlined here👇:

The removal of debris from B.C.’s waterways as a result of the atmospheric river event continues. This week’s progress is outlined here👇: