The Alex Fraser Bridge opened in 1986. It was built to meet the growing traffic demand and was originally designed to allow for the number of lanes to be increased. This reconfiguration will accommodate a seventh lane, so our Greater Vancouver landmark can continue to serve road users for the next 50 years.

Prior to the improvement project, road users were experiencing lines more than three kilometres long during rush hour. This congestion reduced traffic flow and reliability along the Highway 91 corridor, which is a vital transportation link for both commuters and goods movers

The seventh lane will be added by reconfiguring the six existing lanes and removing the shoulders. The speed limit will be reduced from 90 to 70 kilometres per hour to accommodate the additional lane. Cyclist and pedestrian access is not affected. 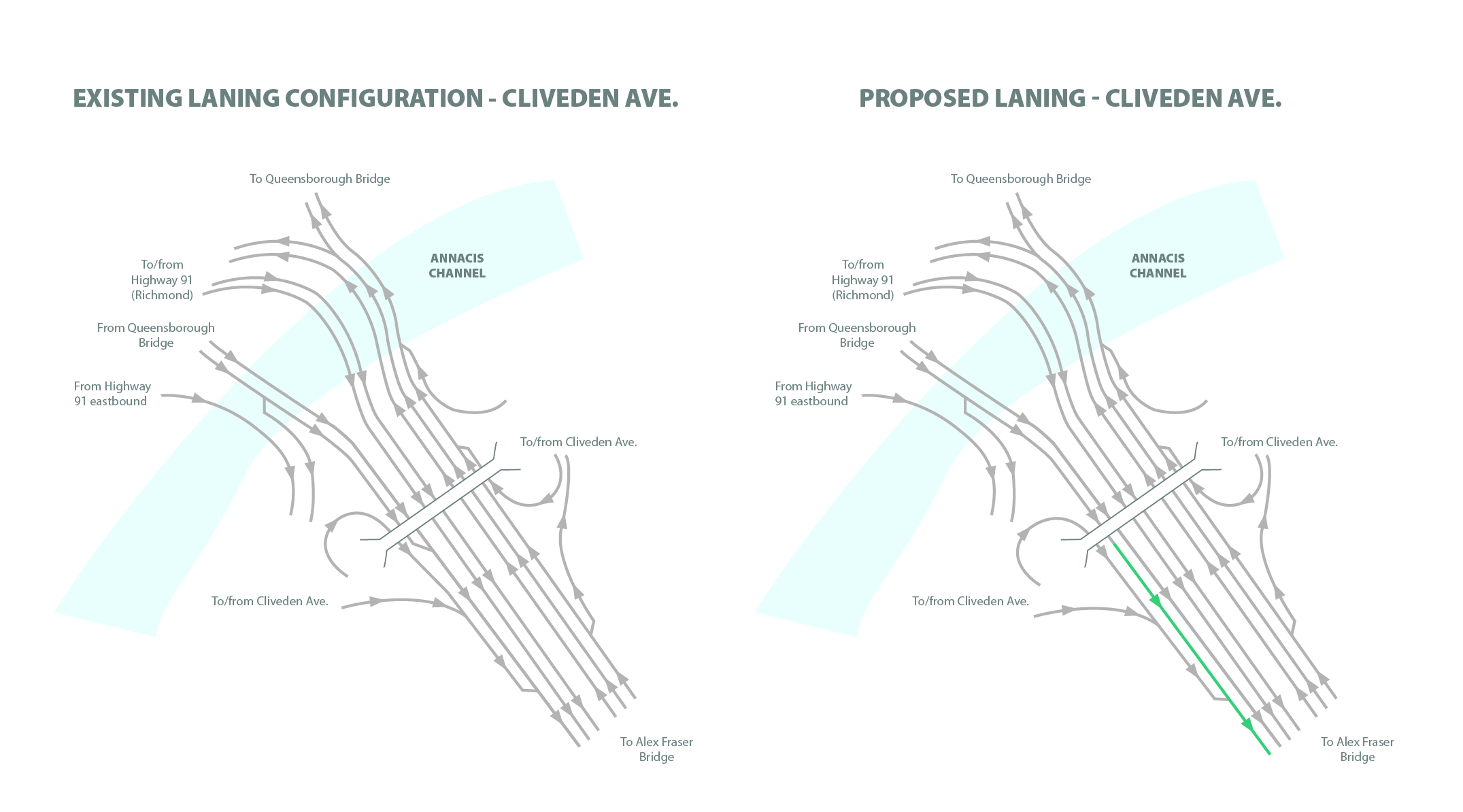 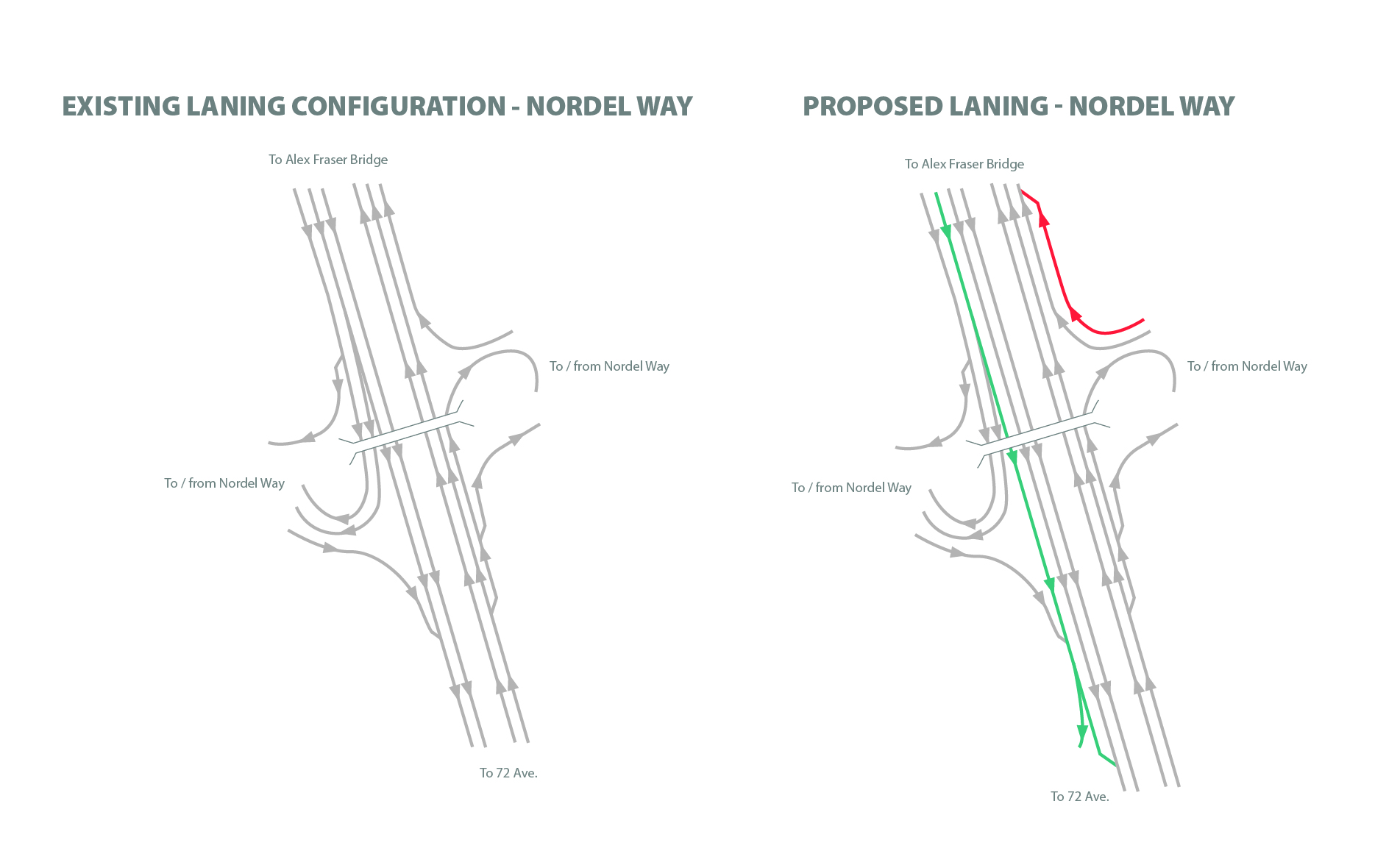 Counter-flow lanes allow us to increase traffic capacity by adding a travel lane in the direction where it is most needed. Counter-flow lanes are currently used on the Lions Gate Bridge and in the George Massey Tunnel to improve traffic flow during peak periods.

This project will introduce an innovative moveable barrier system that uses a special vehicle that travels along the bridge, moving the barrier prior to morning rush hour. A similar system has been used on San Francisco’s Golden Gate Bridge since 2015. The moveable barrier system increases safety by providing a physical barrier between traffic moving in opposite directions. 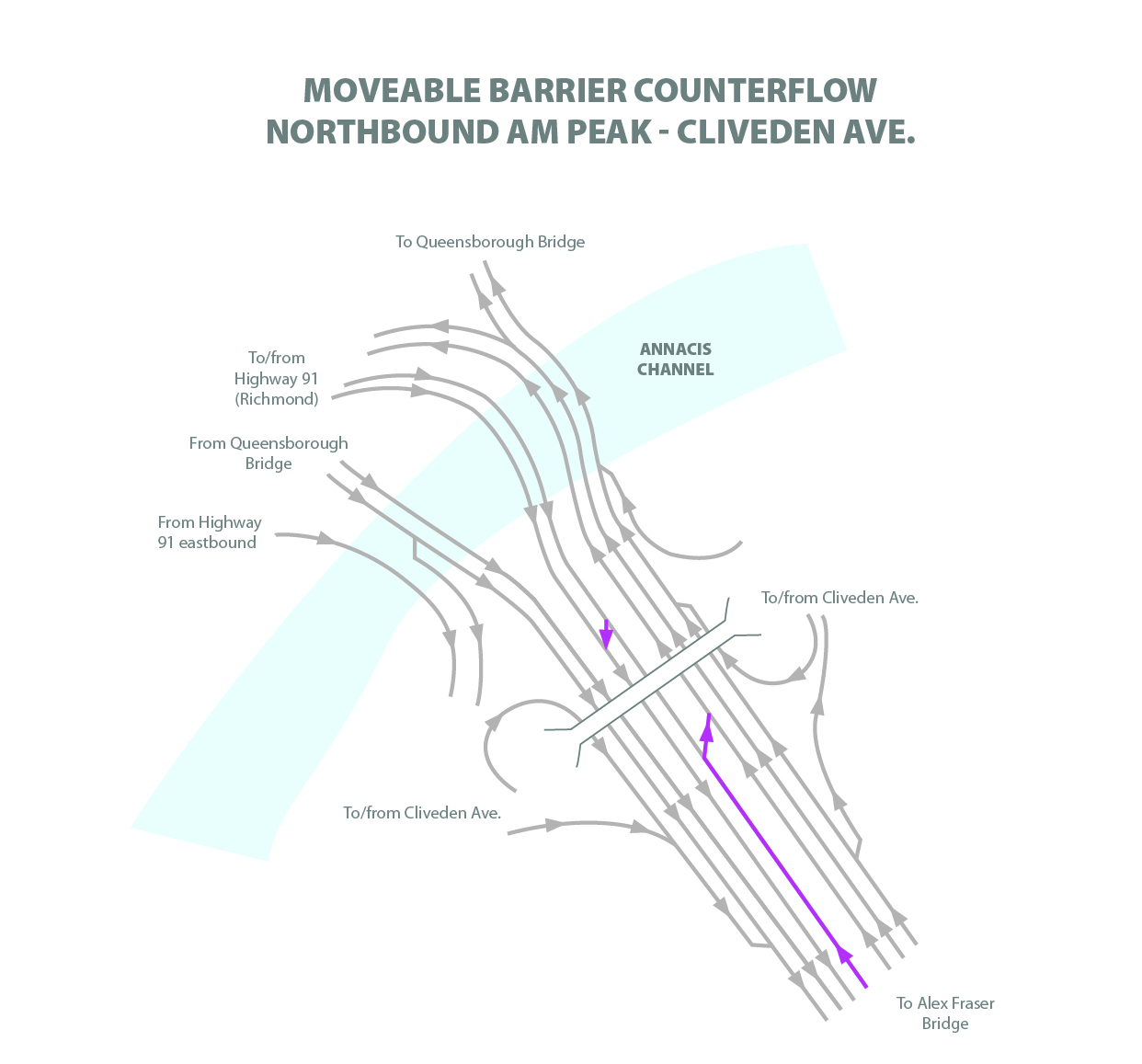 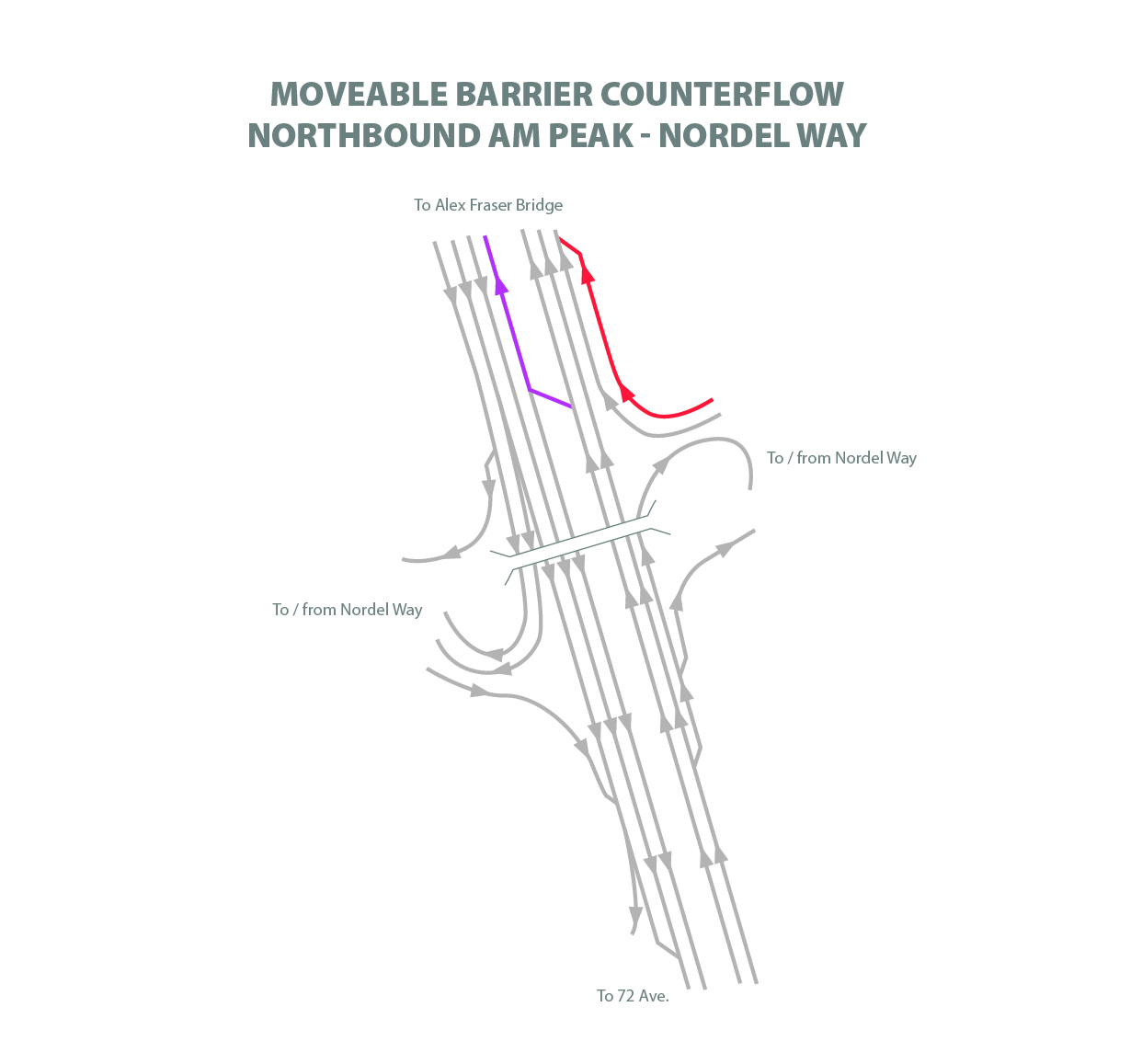 A new South of Fraser Advance Traveller Information System will give commuters real-time information about crossing delays. Up to 13 new dynamic messaging signs will allow drivers to make timely decisions about which route to travel. Similar signs show travel times at the Lions Gate Bridge and on Highway 1 before the Port Mann Bridge. 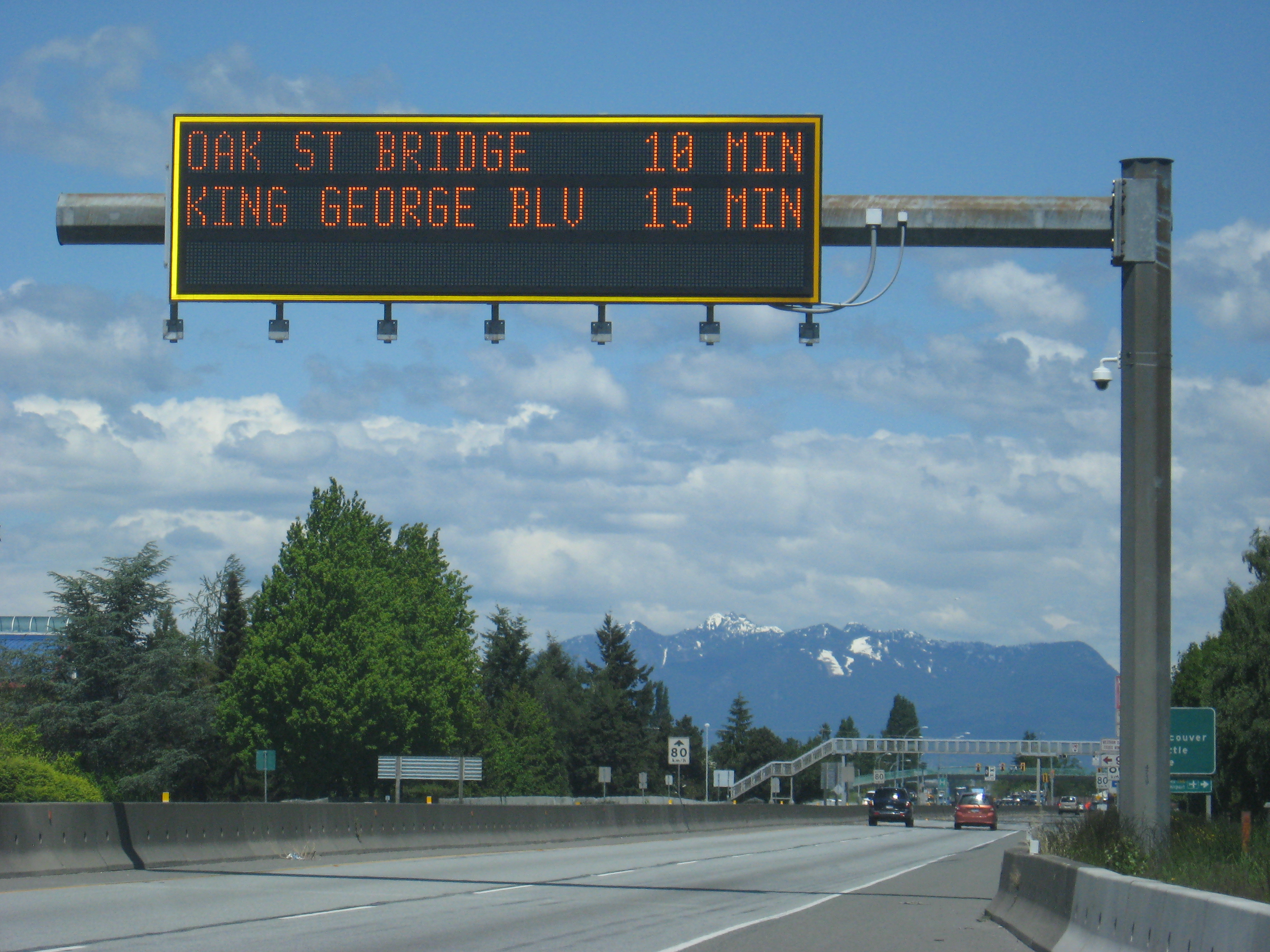 The specific locations for the electronic bridge delay signs are being finalized. They will be located at key decision points allowing users enough time to change their travel plans. 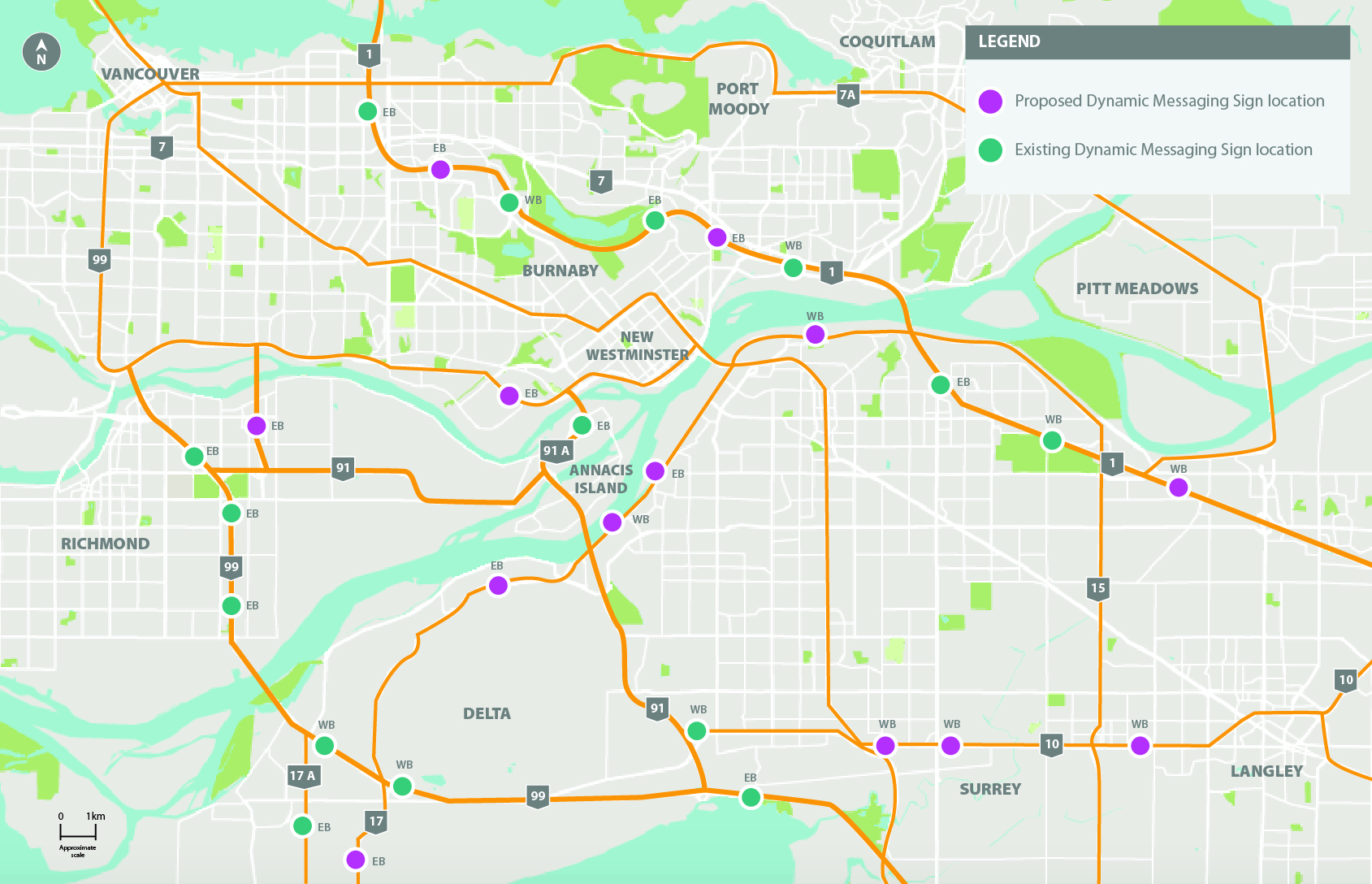 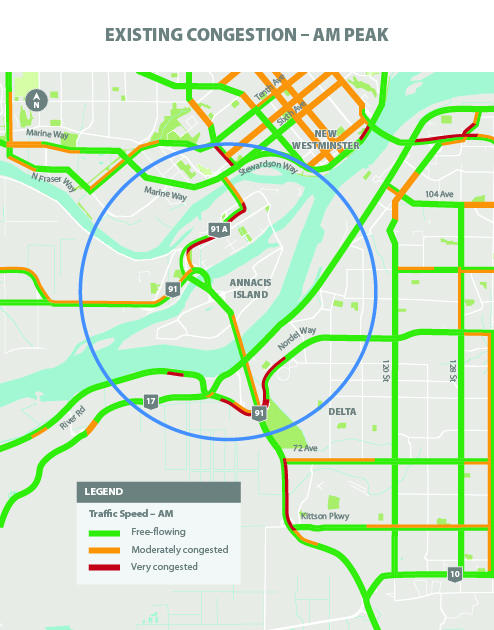 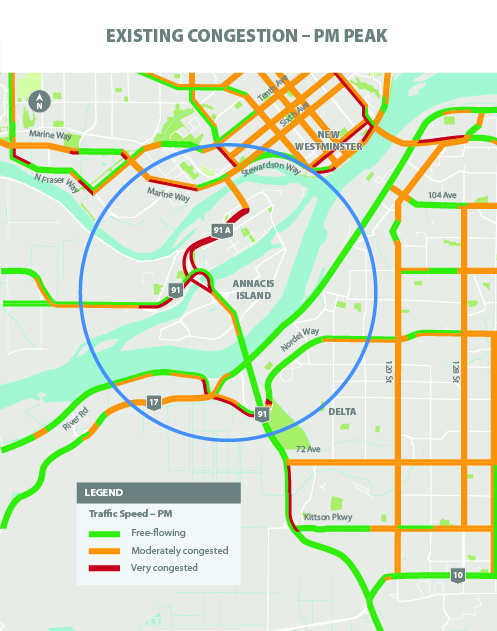 October 19, 2018 Progress made to reduce congestion south of the Fraser

Contact us for information about the Alex Fraser Bridge Improvement project.