Public Engagement was an important part of the Highway 1 - Lower Lynn Improvements Project. Feedback was reviewed, along with technical and financial information in the development of the project design, mitigation measures and construction.

Two Public Information sessions were held on April 14, 2018 and April 17, 2018 to present the design plans for the Lynn Creek Connectivity Improvements and the Keith Road/Mt. Seymour Parkway Interchange as well as concept refinements for the new Main Street/Dollarton Highway Interchange.

The public information sessions were attended by 314 participants.

The Public Information sessions were attended by  531 people and 110 comment forms (51 hardcopy and 59 online) were submitted.

An Open House was held on January 19, 2016 to provide an overview of the three phases of the Lower Lynn Improvements Project and to collect feedback from First Nations, Stakeholders and the Public regarding the Mountain Highway Interchange.

The Public Information sessions were attended by  390 people, 126 comment forms (77 hardcopy and 49 online) were submitted and 97 submissions were received by email or mail. 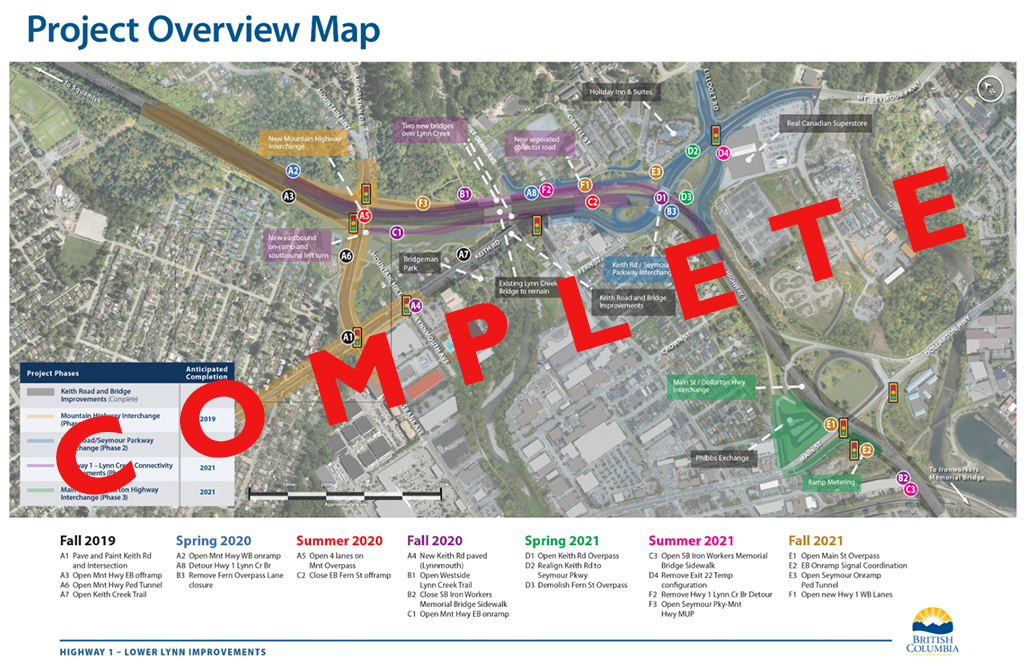 Contact us if you have questions about the Lower Lynn Valley interchange projects or public consultation.