As part of the Fraser Valley Highway 1 Corridor Improvement Program, this proposed work will focus on improvements along the Highway 1 corridor between the 264th Street Interchange and Whatcom Road Interchange.

Improvements to Highway 1 between 264th Street and Whatcom Road are in the public and stakeholder engagement phase. Funding will be confirmed as the project scope is defined.

This proposed work is part of the Fraser Valley Highway 1 Corridor Improvement Program, and will focus on making improvements along the Highway 1 corridor between the 264th Street Interchange and Whatcom Road Interchange. Improvements could include:

Potential benefits could include: 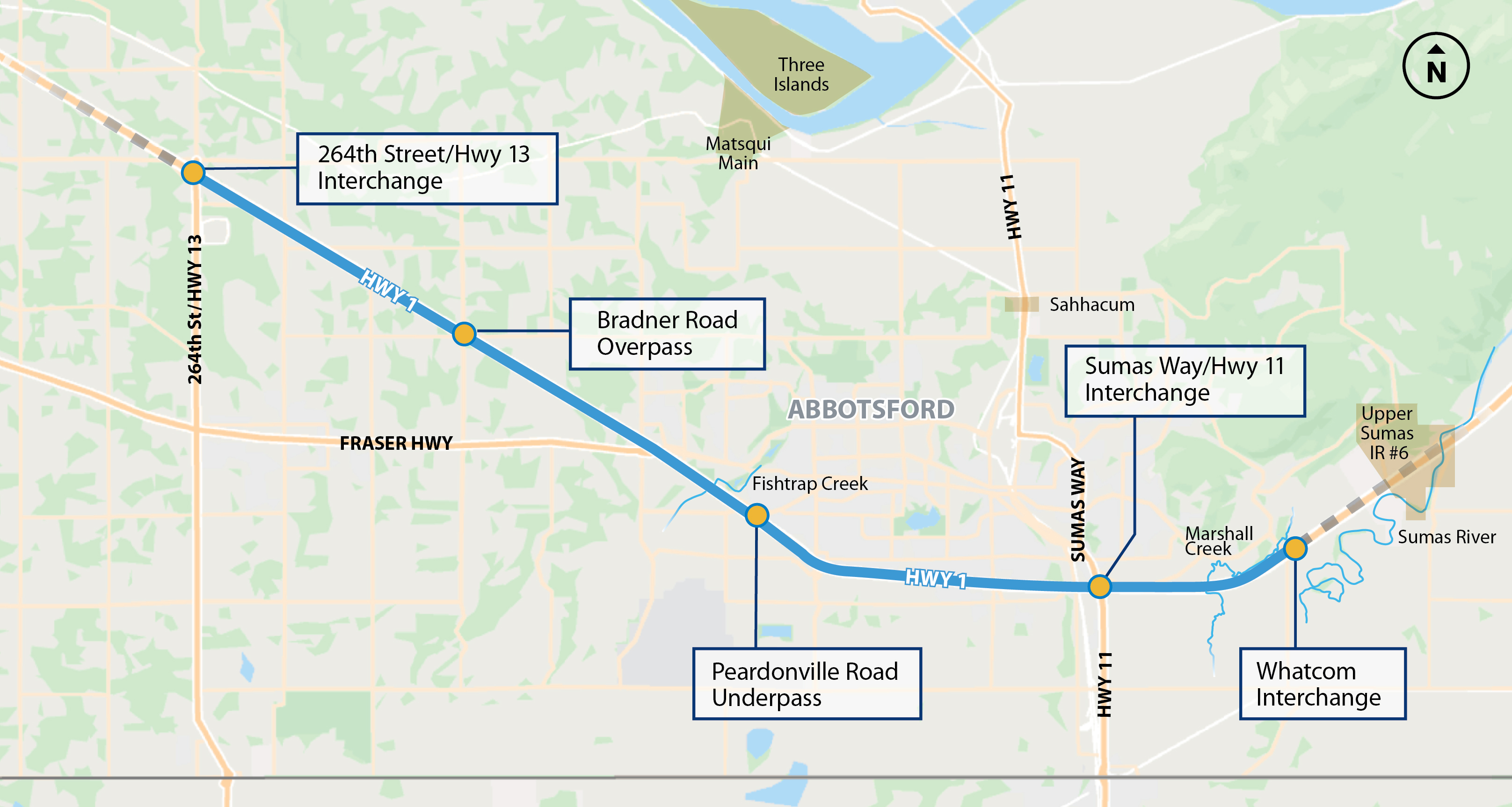 Friendly Url for this Page:
gov.bc.ca/264toWhatcom