Triangulation is a technique for establishing the relative position of two or more points. Aerial triangulation (AT) is a method for producing maps by overlapping aerial images.

Aerial triangulation represents the process for determining the correct position and orientation of each image in a series of aerial images so they can be compiled into a map.

Triangulated horizontal, vertical and pass points are referred to as the control. Control may be referenced on digital scans, or drilled into hard copy photo slides and transparencies. AT control information is available for three quarters of the Province of B.C.

Cross-pugging is triangulated data that is transferred from older, existing air photos to newer photos and scanned images to control new mapping.

Aerial triangulation scans are digital aerial photos of British Columbia that include aerotriangulation data. AT scans are used for control and mapping projects.

This manual is intended to be used for aerial triangulation with or without differential GPS on board the aircraft to provide densified control points for large, medium and small scale digital and analogue mapping produced for B.C. provincial government and any other mapping projects in British Columbia.

Aerial triangulation scans can be ordered by contacting GeoBCInfo@gov.bc.ca 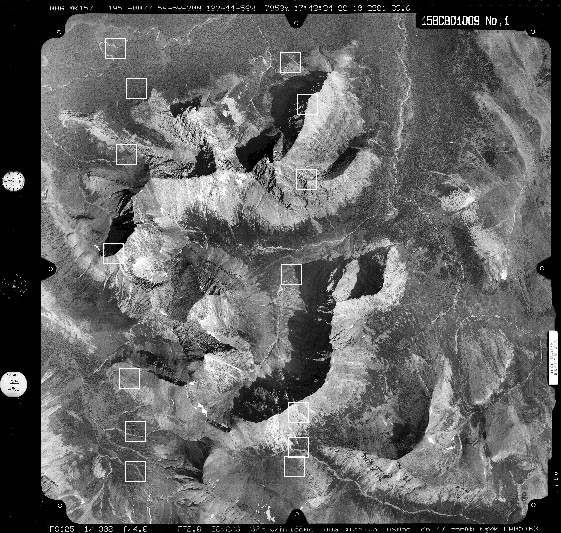 It is recommended that users understand the Base Map Online Store instructions and policies before making an order.

Aerial triangulation scans of B.C. are produced by GeoBC.